When Can I Stop Paying Child Support? 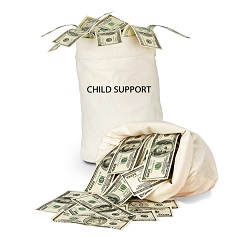 While most people believe that a parent is no longer obligated to pay child support once their child turns eighteen, this may not be the case in New Jersey.  In New Jersey, both parents have a legal obligation to provide for their children.  Under Pascale v. Pascale, 140 N.J. 583 (1995) the right to child support belongs to the child, not the parent.  Child support may terminate, however, when a child is deemed “emancipated.”  In New Jersey, emancipation does not occur automatically when the child turns eighteen, but instead, either parent must file an application with the court for the child to be emancipated.

A recent unpublished New Jersey Appellate Division case addresses the issue of emancipation for child support purposes in part of its ruling.  In Hadjikonstantinou v. Hadjikonstantinou, the father applied for his son to be deemed emancipated based on the fact that his son had not enrolled in secondary education classes for the Spring 2012 semester.  The mother alleged that the parties’ son should not be deemed emancipated because prior to Spring 2012, the son had been enrolled in college classes and left school that semester to enroll in a technical program that did not start until October 2012. The trial court found that the parties’ son was still enrolled in school, and thus, should not be emancipated.

The Appellate Division surveyed the law regarding emancipation and quoted a case that stated that emancipation occurs when a child has “moved beyond the sphere of influence and responsibility exercised by a parent and obtains an independent status of his or her own.”  Filippone v. Lee, 304 N.J. Super. 301, 308 (App. Div. 1997).  Furthermore, the Appellate Division cited the case of Keegan v. Keegan, 326 N.J. Super. 289, 294-95 (App. Div. 1999) for the proposition that even a short break from college does not mean a child is emancipated.  Thus, the trial court’s ruling was upheld and the parties’ son was not deemed emancipated.

If you have questions about your child support obligation or the emancipation of your children, the experienced attorneys at Snyder & Sarno, LLC can help.  Call us today at (973) 274-5200.