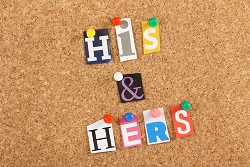 If the parties to a divorce reach an agreement settling any contested issues, they often enter into what is called a Property Settlement Agreement.  This agreement sets out the settlement terms for issues such as custody, child support, alimony, and property division.  In some cases, if a party does not follow the settlement agreement, the courts may become involved.  In that case, if the agreement is not clear, the court will often attempt to interpret the agreement between the parties and find a solution that complies with the parties’ original intent when the contract was made.

In the recent unpublished New Jersey Appellate Division case of Buscher v. Tully, the parties were divorced in February 2007.  They entered into a Property Settlement Agreement at that time, which provided that the parties would live together in the marital home until it was sold.  The parties agreed that while they remained together in the home, Defendant would pay for most of Plaintiff’s living expenses.  Once the house sold, Defendant would begin paying limited duration alimony.  The agreement provided that Defendant would pay alimony in the amount of $11,800 for the first three years, and $11,000 each subsequent year until December 31, 2016, at which point he would stop paying alimony.

The parties, however, did not attempt to sell their house in 2007.  Rather, they remained in the house until Plaintiff moved out in May 2011 and Defendant moved out in April 2012.  During this time, Plaintiff received her Master’s Degree, causing her to earn a higher income than originally contemplated when the parties’ divorce was finalized in 2007.

Plaintiff filed a motion to compel Defendant to pay alimony.  The trial court ordered Defendant to pay alimony to Plaintiff for nine years, the original amount of time contemplated in the settlement agreement had the parties sold their house in 2007.  The trial court did not give Defendant any credit for having paid for the parties’ living expenses while they both remained in the home.  Furthermore, the trial court found that Plaintiff’s increase in income was a changed circumstance justifying a reduction in alimony payments to $9,932 per year.

On appeal by Defendant, the Appellate Division noted that when reviewing a property settlement agreement, it would be unlikely for a court to overturn an agreement unless it is unconscionable or fraudulent.  However, because the agreement is like any other contract, the court must examine the intent of the parties as revealed by the agreement and any additional evidence.  The Appellate Division concluded that there was no evidence suggesting the parties intended a nine-year term of limited duration alimony.  In addition, because Defendant paid for Plaintiff’s living expenses while they lived in the home together, he was essentially paying a form of alimony at that time.  Thus, the Appellate Division concluded that Defendant should pay alimony from the time that Plaintiff left the marital residence until December 31, 2016.  In addition, any housing costs incurred by Defendant after both parties left the residence and it remained unsold, should be split between the parties.

The Appellate Division also stated that while the trial court correctly concluded that Plaintiff’s increase in income was a changed circumstance justifying modification of the alimony award, the trial court failed to adequately consider the factors outlined in N.J.S.A. 2A:34-23(b) and failed to explain its reasoning for its modification.  Thus, the case was remanded to the trial court for further consideration on this issue.

If you have questions about divorce, property settlement agreements, or modification of an agreement, call the experienced attorneys at Snyder & Sarno, LLC for help with your case.  We can be reached at (973) 274-5200.