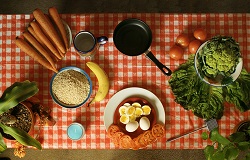 As reported by Huffington Post, Gina and Pat Neely, of Food Network’s “Down Home With The Neelys,” are getting divorced after spending 20 years married.  Reports indicate that Gina filed for the divorce, citing irreconcilable differences.  The couple has two adult daughters and reportedly own a number of properties together, including a restaurant in New York City.  There has been no reported agreement regarding the division of the couple’s property.

Another issue that could arise in the Neely’s divorce, as it could in any New Jersey divorce, is the problem of property division.  While most parties will ultimately agree as to how they will divide their property, in some cases, this job is left to the courts.  In dividing marital property, the court must consider a variety of factors under N.J.S.A. 2A:34-23.1.  These factors include, among others, the duration of the marriage, the standard of living enjoyed during the marriage, the value of the property, and each spouse’s contribution to the property, among other things.  With an asset such as a restaurant, or any business for that matter, valuing it can be complicated and may require expert advice.

Even in the most amicable of divorces, there are still various issues that need to be sorted out.  With the help of an experienced matrimonial attorney, like the ones at Snyder & Sarno, LLC, the process of divorce will be much easier.  If you are planning on filing for divorce or have been served with divorce papers, contact us at (973) 274-5200 for help with your case.