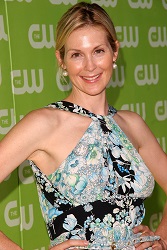 Actress Kelly Rutherford, known for her role on Gossip Girl, has recently spoken with Dr. Phil about her highly publicized custody battle.  According to The Huffington Post, which posted a video of the interview, Rutherford explained how a U.S. Court recently ordered her to share custody, both joint and physical, with her German ex-husband.  However, because her ex-husband is not a U.S. citizen, and therefore cannot enter the U.S. freely, the court ordered that Rutherford must travel abroad in order to satisfy the court order.  Furthermore, she was also ordered to attempt to help her ex-husband in obtaining legal means to enter the U.S.

While Rutherford’s situation is unlike most divorced spouses arguing over custody, her battle is similar in that she is being forced to deal with the legal system.  Moreover, now both her and her children are experiencing a lifestyle change.  This is typical in many custody battles where the parents divorce.  Nevertheless, in all cases, courts must always consider the best interests of the child(ren) when making a custody determination.

In New Jersey, under N.J.S.A. 9:2-4, there are various types of child custody, including legal custody and physical custody.  Legal custody is a parent’s ability to make decisions regarding the child(ren)’s welfare.  This type of custody can be shared between the parents or one parent can have sole legal custody.  Physical custody is exactly as it sounds (i.e., where the children physically spend their time).  The child(ren) may split their time equally between both parents, spend time with only one parent, or live primarily with one parent and have time with the other.

In addition, there are a number of factors a New Jersey court will consider when making a custody determination.  For example, among others, a court may examine the needs of the child(ren), the fitness of the parents, each parent’s home environment, the need for stability in the child(ren)’s lives, or the preference of the child(ren).

As Rutherford discussed in her interview, a court’s custody determination can often be a legal “battle.”  It may involve extensive litigation and negotiation, which can substantially affect the lives of the parties involved.  Therefore, it is important to obtain the help of an experienced matrimonial lawyer, like those at Snyder & Sarno, LLC, if you are going through a custody battle.  Call us today at (973) 274-5200 for help with your case.