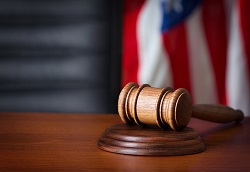 In Maeker, Mr. Sarno argued that Ms. Maeker entered into a relationship with Mr. Ross in 1998 that continued until July 2011.  During the relationship, Mr. Ross continuously made oral promises to Ms. Maeker that he would support her financially for the rest of her life.  Prior to the termination of the relationship, the Legislature amended the Statute of Frauds to provide that all palimony agreements must be in writing with both parties being advised by independent counsel.

After the relationship terminated, Ms. Maeker filed a complaint seeking to enforce the palimony agreement.  Mr. Ross sought to dismiss the complaint on the basis that the palimony agreement had not been reduced to writing in compliance with the amendment to the Statute of Frauds.  The trial court disagreed and permitted Ms. Maeker to proceed with her complaint.  However, the Appellate Division reversed, finding that the amendment was intended to apply retroactively, and dismissed Ms. Maeker’s complaint.  In the end, the New Jersey Supreme Court reversed again, finding that the amendment does not apply retroactively, and reinstated Ms. Maeker’s complaint.

If you have any questions or concerns about palimony in your New Jersey family law matters, please contact the experienced attorneys at Snyder & Sarno at (973) 274-5200.