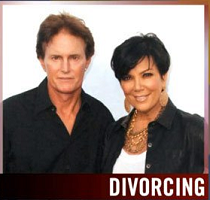 As was recently reported by TMZ, Kris Jenner has officially filed for divorce from her husband, Olympian Bruce Jenner.  Kris filed without a lawyer.  Shortly thereafter, Bruce filed a response that was essentially identical to the one filed by Kris.  Both parties cited “irreconcilable differences” as their grounds for divorce.  The report states that the parties had already agree to divide their property and share custody of their 17-year-old daughter, Kylie.  They also agreed that neither party will receive alimony.

In a New Jersey divorce, there are both fault and no-fault grounds for divorce. Most divorces are filed under no-fault grounds, which includes divorces based on irreconcilable differences or separation.

In many divorces, issues such as alimony and equitable distribution are contested.  Alimony is a type of spousal support paid from one former spouse to another in order to allow the dependent spouse to enjoy a similar standard of living to the one the couple enjoyed while married.  Equitable distribution involves the division of the couple’s marital assets and liabilities acquired during the marriage.  Because these issues deal with money, they are often debated by divorcing parties.

If children are involved, issues like child custody and child support may arise and be contested. When a court considers child custody or support, there are a variety of factors to be considered.  These include factors such as the needs of the children, each parent’s home environment, or the parents’ abilities to pay for or nurture their children.  A court will always keep in mind the best interests of the children.

Unlike the Jenner’s divorce, many divorces can be confusing and complicated.  If you need help with your New Jersey divorce, the experienced attorneys at Snyder & Sarno, LLC can help you.  Call us today at (973) 274-5200.