What We Can Learn about Divorce from Mrs. Doubtfire 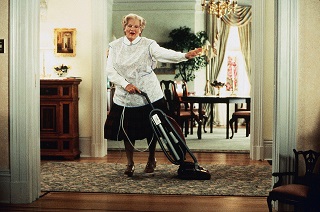 With the recent passing of Robin Williams, most of America is remembering him for the various roles that he played, the way that he shaped an industry, and more importantly, the way that he touched people’s hearts through his work.  One of his more popular films was Mrs. Doubtfire, the story of a father who impersonates an elderly nanny in order to get closer to his kids during his divorce from his wife, the children’s mother.  Amid the comedic genius of the movie, there is the underlying and much more serious issue of dealing with a divorce when you have children.  Though many people may miss the reality of the characters’ situations, the film actually teaches some valuable lessons.

1.      Divorce is not easy.  It changes peoples’ lives in ways they never imagined.  Take Robin Williams’ character, Daniel, for example—not only is Daniel forced to move out of the marital home, he is forced into a custody and visitation battle with his soon to be ex-wife.  Divorce brings with it a host of legal problems, including property division, alimony, child support, and child custody, to name a few.

2.      Divorce impacts those around you, particularly children.  It’s easy to sympathize with Daniel’s children in Mrs. Doubtfire, who want desperately to spend time with their father and see their parents reconcile.  Custody issues are especially concerning where the parents are unable to agree on a custody arrangement and need to address their problems in front of a judge.

3.      The best interest of the children should always be paramount. The best resolution is often reached when the parties are able to put aside anger regarding why they are breaking up in the first place, in favor of the best interest of their children. In the movie, Daniel goes to extreme measures to show his wife, Miranda (Sally Fields), that he is capable of caring for the children. At the end of the day, Miranda is able to put aside her hurt and anger and even forgive Daniel for deceiving her Mrs. Doubtfire, and see that it is best for the children to have their father in their lives as regularly as is possible. The parties end up resolving their issues outside of Court, which is always the favored method of resolution.

Divorce is difficult for everyone involved—the divorcing parties, their children, even their extended family.  It is important to consult with an attorney if you are going through a divorce and need help navigating the law.  The aid of an attorney can make your divorce much simpler, lessening the emotional toll on you and your family.  If you are getting divorced in New Jersey, contact the experienced matrimonial attorneys at Snyder & Sarno, LLC for help with your case.  Call us at (973) 274-5200.