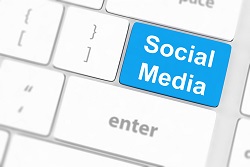 Yet another recent case, this time out of Michigan, is a shining example of why you should think before you post on social media, and how your social media actions can affect you in your family law case and possibly subject to you criminal charges.

The ABA Journal reports that a man in Michigan, against whom a personal protective order (the Michigan equivalent to a New Jersey restraining order) was issued but had not yet been served, posted nude photographs of his ex-girlfriend on the Internet, warning that he would continue doing so until she committed suicide. He also posted a photograph of his ex-girlfriend on Facebook with the caption “wanted dead or alive.”

The woman contacted the police, who instructed the man to stop the harassment. However, the man claimed that since he had not been served the protective order he could not be charged with violating it, and that he would continue posting about his ex-girlfriend until she returned his personal belongings. This, however, did not stop police and prosecutors. The man was criminally charged with misdemeanor stalking and felony unlawful posting of a message on the Internet.

This case is another example of how posting on social media can impact your life not only with respect to your family law case, but can also result in criminal charges. Be careful about what you post on the Internet, as it is printable, able to be saved, and therefore permanent, even if you remove it later. Because of this, your social media postings have far reaching effects.

Further, and more importantly, engaging in harassing conduct and acts of domestic violence is absolutely never the answer for a relationship issue or for return of personal belongings. If you have personal belongings with your ex and you need them returned, you should try to work it out with your ex, unless you have a restraining order prohibiting you from communication. If you are unable to work it out with your ex, then you should go through the court.

If you are a victim of domestic violence, you should seek help immediately. If you want to know your legal rights and learn of the remedies available to you, please contact the experienced attorneys at Snyder & Sarno at (973) 274-5200.