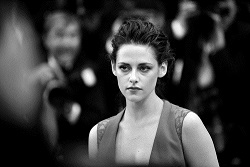 As recently reported by TMZ, the divorce between Liberty Ross and Rupert Sanders is final.  Ross filed for divorce from Sanders following the public release of photographic evidence of his affair with Kristen Stewart, the star of his movie, “Snow White and the Huntsman.”  TMZ reports that in the divorce, Ross will keep the family home and two other London homes.  She will also receive $25,000 in spousal support for the next four years, 15% of Sanders’ profits from movies (with the exception of Snow White), and half of all bank accounts and retirement accounts.  Sanders will keep a Malibu beach home and a 1970 Volkswagen van.  The couple will share custody of their two children, but Ross will receive $14,000 per month in child support from Sanders.

As in Ross and Sanders’ divorce, all divorces, including those in New Jersey, provide for the distribution of property.  In a New Jersey divorce, property is equitably distributed.  All property acquired during the marriage, including both assets and debts, is subject to equitable distribution between the parties.  The court will consider the factors outlined in N.J.S.A. 2A:34-23, including, among others, the standard of living enjoyed during the marriage and the income or earning abilities of the parties.

Also, as in Ross and Sanders’ divorce, another issue in a divorce, including many of those in New Jersey, is alimony or spousal support.  The purpose of alimony is to allow both parties to maintain the standard of living that was enjoyed during the marriage.  In New Jersey, there are presently four types of alimony outlined in N.J.S.A. 2A:34-23(b).  In setting the amount of alimony, a court will look to a variety of factors, such as the ability to pay and the need, the incomes of the parties, and the standard of living enjoyed during the marriage.

The last issues in Ross and Sanders’ divorce, which are issues in many New Jersey divorces, are child custody and child support.  When determining child custody, a court in New Jersey will focus on the best interests of the child.  There are many types of custody arrangements, most of which allow both parents access to the children in some capacity, whether it be shared decision-making ability or shared physical custody.  Along with custody, one parent may also be required to pay child support.  In New Jersey, child support is calculated according to the Child Support Guidelines.  Courts can deviate from the Guidelines if they believe it is necessary, and will consider a number of factors, outlined in N.J.S.A. 2A:34-23(a), in doing so.

As you can see, getting divorced is not always an easy process, especially if you have a number of marital assets or debts, or if there are children involved.  If you are thinking of getting divorced or are currently going through a divorce, the experienced attorneys at Snyder & Sarno, LLC can help you navigate through any tricky divorce laws.  Contact us today at (973) 274-5200 for help with your New Jersey divorce.