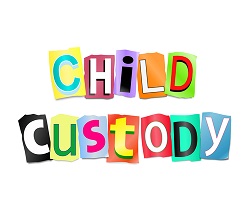 The New Jersey Appellate Division recently published a case clarifying how a court is to address an application to modify child custody.  In R.K. v. F.K. (Docket No. A-4165-11T4), the parties were married in 2001.  Between 2001 and 2007, the parties had four children together.  In 2008, the Mother obtained a Final Restraining Order against the Father based on harassment.  The restraining order gave the Mother custody of the children and the Father specified parenting time.  The restraining order was amended on two separate occasions, one time to designate the parties as joint legal custodians and both times to change the Father’s parenting time.

In 2011, the Father filed for divorce.  The Father’s expert psychologist concluded that the Mother was not mentally stable and that the current custody arrangement, including Mother’s current homeschooling of the children, should be changed.  On March 13, 2012, following a seven-day trial, the court ordered that the existing custody arrangement and parenting time schedule be continued,  and stated that the issue of home-schooling could be revisited one year before each child was to enter high school.  On appeal, the Father challenged the trial court’s use of the Domestic Violence Act’s presumption that it is in the child’s best interests for a non-abusive parent to retain custody.  N.J.S.A. 2C:25-29(b)(11).  He also disagrees with the court’s denial of his claim based on a lack of “substantial changed circumstances.”

The Appellate Division stated that under Lepis v. Lepis, 83 N.J. 139 (1980), there is a two-step process for courts to follow when a party seeks to modify child custody.  First, the movant must make some showing of changed circumstances to entitle him or her to a hearing or trial.  Second, at the hearing or trial, the court should apply the “same standard that applies at the time of [an] original judgment of divorce.”  Thus, in this case, the court should have determined whether there should be a modification of custody based on the best interests of the child, not based on the changed circumstances.  The court stated, “[t]he change of circumstances standard serves to determine whether a trial should be held, not to determine the result of that trial.”

If you have questions or concerns about the custody of your children, please contact the experienced attorneys at Snyder & Sarno at (973) 274-5200.