Round One: Annulment; Round Two: Divorce 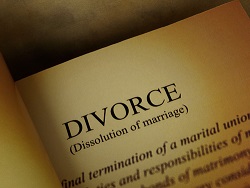 NJ.com reports that Pamela Anderson has filed for divorce from poker pro husband Rick Salomon. This is the second marriage, and second dissolution, between Anderson and Salomon. The couple was married in 2007 and, after two months, obtained an annulment based on fraud in 2008. Why would Anderson file for an annulment in 2008, but choose to file for a divorce this time around? The answer could be in the legal requirements and remedies involved in each type of marriage dissolution. Although California law governed the Anderson/Salomon annulment and will govern the couple’s divorce, let’s look at the differences between divorce and annulment in New Jersey.

N.J.S.A. 2A:34-1 governs when an annulment can be granted in New Jersey. In order to obtain an annulment, the party seeking the annulment must prove one of the limited situations that warrants an annulment. Those circumstances are age, incapacity, polygamy, impotence, incest, fraud, or duress.

A New Jersey divorce requires the party seeking the dissolution to plead a cause of action for divorce, which are listed in N.J.S.A. 2A:34-2. With a divorce, you have the option of choosing a no fault or fault based cause of action. The fault based causes of action include adultery, desertion, extreme cruelty, substance abuse, institutionalization, imprisonment, and deviant sexual conduct. These causes of action, similar to annulment, require the party to prove each element of the cause of action, proving the other spouse was at fault.

In the end, the option you choose to end your marriage depends on the type of marriage that you have, whether it is void or voidable, how long you have been married, and whether you wish to be entitled to property division and spousal support, among other considerations.

If you are considering ending your marriage and have questions about the differences between an annulment and a New Jersey divorce, or between a fault based and no fault divorce, or you simply would like assistance in starting the dissolution process, please contact the experienced New Jersey divorce lawyers at Snyder & Sarno at (973) 274-5200.