Employers Not Permitted to Discriminate Based on Marital Status 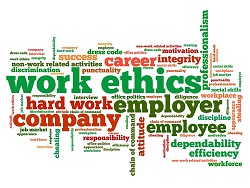 In New Jersey, under the Law Against Discrimination (LAD), there is a list of categories of people that employers are prohibited from discriminating against when making employment decisions, such as hiring and firing. This prohibition includes preventing employers from discriminating against employees based on their marital status. However, the term “marital status” is not defined by the law itself, so, in a recent case, Smith v. Millville Rescue Squad, the Appellate Division determined what the term“marital status” means for purposes of LAD.

The Appellate Division, giving a liberal reading to the term “marital status,” interpreted it to mean the state of being divorced, as “divorce unquestionably affects marital status.” The Court additionally found that “marital status” also includes the stages preliminary to marriage and those preliminary to divorce, such as engagement, separation, and participation in divorce proceedings.

In Smith, the plaintiff was fired because he was divorcing his wife, who worked at the same location, because the employer claimed that the divorce would impact his ability to perform at work. However, the plaintiff had not shown any poor behavior or inability to do his job. The Court found that, when firing the plaintiff because he was divorcing his wife, the employer “terminated plaintiff because of stereotypes about divorcing persons—among other things, they are antagonistic, uncooperative with each other, and incapable of being civil or professional in each other’s company in the workplace.” Therefore, the Court held that there was evidence that the employer discriminated against the plaintiff based on his marital status.

Thus, if an employer makes a decision to hire or fire you based specifically on your engagement, separation, or divorce, that employer is discriminating against you based on your marital status, which is impermissible. The definition of the term “marital status” now protects employees who are going through a New Jersey divorce from losing their jobs simply because they are ending their marriage. However, the Smith case should not be read to permit an employee going through a divorce to behave in any way he or she desires. If your job performance is negatively affected, then the employer may have a legitimate, non-discriminatory reason to terminate your employment.