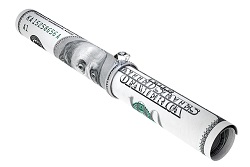 As reported by NJ.com, a bill was recently passed by the New Jersey legislature that will change the law on alimony. The bill is currently awaiting approval by Governor Chris Christie.  Alimony is the payment from one former spouse to another in order to maintain the standard of living experienced by the dependent spouse during the marriage.  Currently, there are four types of alimony in New Jersey, one of which is intended to be permanent and the others of which are intended to be temporary.

The recent bill is the result of over two years of negotiations.  The bill would not apply to alimony orders that already exist.  Instead, it would apply to future alimony awards.  Changes that will be enacted if the bill becomes law include:

·         The duration of alimony payments will not exceed the duration of the marriage for marriages lasting less than 20 years, unless a court determines that there are             “exceptional circumstances.”

Supporters of the bill hope that its changes will help future payors from being crippled by excessive alimony payments that could last for years.  While many supporters applaud the bill’s steps toward substantial changes, many believe that further changes are needed.  Some did not support the bill because they believed the changes that it made were not substantial enough.  Others believe that the bill does nothing to help those who are already suffering from their alimony obligations and could give too much discretion to judges in future cases.

If you are going through a divorce and alimony is an issue in your case, the experienced attorneys at Snyder & Sarno LLC can help you.  If the bill is signed into law by Governor Chris Christie, it will be even more important that your divorce case is examined by a knowledgeable attorney to help you navigate and understand the new law.  Contact us today at (973) 274-5200.