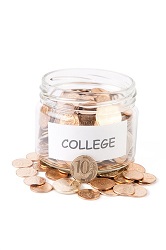 In previous blogs, we have discussed that a child support obligation does not end until a child is emancipated, and that, many times, a child is unemancipated through the completion of his or her college education. We have also blogged about the duty of a non-custodial parent to pay for a child’s college expenses. Now, the New Jersey Law Journal reports that there is a new twist on a parent’s duty to support a child through college.

According to the New Jersey Law Journal, a recent decision by Ocean County Superior Court Judge Lawrence Jones, Black v. Black, held that a child’s receipt of college tuition from an estranged parent may be conditioned on attending counseling sessions with that parent.

In this case, there was a poor relationship between the child and his father. When the child’s parents got divorced in 2010, the father agreed to help pay for the child’s college education, and the settlement also mandated that the father and child attend counseling sessions together, which never occurred. While the father wanted to attend the therapy sessions, the child refused to do so.

The judge acknowledged that, although the child is still unemancipated, he is a legal adult, so he could “be held to a far different level of maturity, responsibility, and accountability for his current choices and actions, including any decision to continue giving his father the never-ending silent treatment.” Therefore, the judge stated, he could consider, as one of many factors, the child’s continued refusal to attend therapy as material to whether the father should be required to pay any college expenses at all. Therefore, the judge held that a college-aged child who refuses to maintain a relationship with a parent from whom he requests college tuition can be made to attend therapy as a condition of having his or her tuition paid by that parent.

While a parent will often still be required to pay for a child’s college education under the appropriate circumstances, a court can consider the relationship between the parent and child and whether the child is deliberately refusing to maintain a relationship with that parent, despite the parent’s efforts to repair and maintain that relationship.

If you have questions about your child support obligation, please contact the experienced attorneys at Snyder & Sarno at (973) 274-5200.