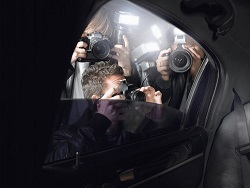 Yahoo! Celebrity reports that, after 18 years of marriage, Melanie Griffith has filed for divorce from Antonio Banderas. Griffith cited irreconcilable differences as her ground for divorce, and is seeking joint legal and sole physical custody of the couple’s seventeen-year-old daughter, Stella, as well as spousal support. In a statement released to US Weekly, the couple said: “We have thoughtfully and consensually decided to finalize our almost 20-year marriage in a loving and friendly manner honoring and respecting each other, our family, and friends and the beautiful time we have spent together.”

From the above statement, it appears that the couple agreed that divorce is the best thing for them and that they have either agreed, or are working toward agreeing on, the issues in their divorce. The couple is divorcing in California, but let’s look at their legal issues as if they were seeking a divorce in New Jersey.

First, Griffith cited irreconcilable differences as her ground for divorce. If Griffith were filing in New Jersey on this ground, she would have to plead, as described by the statute, that she and Banderas have had irreconcilable differences which have led to the breakdown of the marriage for a period of six months and there is no reasonable prospect of reconciliation. This is relatively easy and considered a no-fault basis in New Jersey.

Next, although TMZ called Griffith’s request for custody of Stella “pretty much moot” because she turns eighteen in September, child custody would still be addressed because the child is a minor. In New Jersey, the court would determine child custody based on the best interests of the child. Child custody and child support would continue until the child is deemed emancipated.

In New Jersey, a child is only deemed emancipated once she has moved beyond her parent’s sphere of influence and has an independent status of her own. Very often, if a child chooses to go to college, that child will not be emancipated until after graduation.

Finally, Griffith is requesting spousal support. In New Jersey, the purpose of spousal support (aka: alimony) is to provide a financially dependent spouse with financial support to maintain the standard of living experienced during the marriage. The factors the court will take into consideration are the actual need and ability to pay, the length of the marriage, the earning capacity of the parties, and the standard of living enjoyed during the marriage, among others that are delineated by the statute.

If you are considering filing for divorce, or if you have been served with a divorce complaint and have questions or concerns about your New Jersey divorce and how you should proceed, please contact the experienced New Jersey divorce lawyers at Snyder & Sarno at (973) 274-5200.