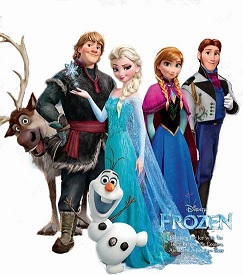 By now, we have all heard about, if not seen, the movie Frozen. This Disney animated feature was released this past winter and was big hit with children and adults. For some, however, it has been a bigger hit than for others.

In fact, the Huffington Post reports that one person’s love for and another’s indifference toward the movie may have caused a divorce. One man wrote in a Japanese marriage advice forum known as Kikonsha no Hakaba, which, in English, translates to Gravesite of Married People, that his wife left him after he told her didn’t like Frozen as much as she did. According to the article, the wife told the man: “If you can’t understand what makes this movie great, there’s something wrong with you as a human being!” Since then, she has moved out of the house and communicates with him only through their parents.

The Huffington Post acknowledges that this story could be fake. However, if it is real, it would not be the first time that a divorce was initiated because of something seemingly small, but that may just be the topping on a large cake of marital problems.

For whatever reason you decide to file for a New Jersey divorce, you still need to plead a ground for your divorce, found in N.J.S.A. 2A:34-2, in your divorce complaint. The most common grounds for divorce in New Jersey are non-fault based, such as separation and irreconcilable differences; however there are also multiple fault-based grounds for divorce, such as adultery and desertion. Regardless of which one you choose, you must plead one of the grounds enumerated by the statute; simply saying you want a divorce because your husband does not like Frozen will not be sufficient unless you tie it into one of the statutory grounds.