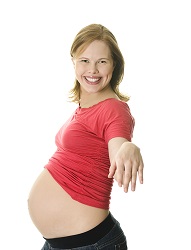 According to The Huffington Post, celebrity Kourtney Kardashian is reportedly expecting her third child with longtime boyfriend Scott Disick.  The couple is just one example of the increasing number of individuals who choose to have children before or without plans to get married.  While all parents face struggles raising their children, the struggles of unmarried parents can be particularly unique.

While surname disputes are one potential challenge faced by unmarried parents, there are various other implications of having a child outside of a marital relationship, including child support and child custody.

Parents have a duty to support their children, whether or not they are married.  Thus, unmarried parents have the same responsibility to support their child(ren) as do divorced parents.  An unmarried parent may face legal disputes in an effort to obtain child support from an opposing parent, similar to the legal battle that may ensue following a divorce involving minor children.  However, in the case of an unwed mother attempting to obtain child support from her child’s father, there may be the added struggle of proving paternity.  This process may not only be long, but also potentially contentious.

Unmarried parents also face child custody issues similar to those of divorcing parents.  In each child custody dispute, the court will award custody to either parent based on the “best interests of the child.”  In addition, the court will consider the custody factors outlined in N.J.S.A. 9:2-4, which includes consideration of the child’s needs, the parent’s fitness, and the parents’ abilities to communicate with one another, among other factors.  While the best interests determination is based on the facts of each case, the unique situation of unmarried parents can certainly affect a court’s decision.

While disputes involving children often take place between parents, it is important to remember that custody and support matters impact children most of all.  If you are a parent faced with child custody or child support issues, you should contact the experienced attorneys at Snyder & Sarno at (973) 274-5200.