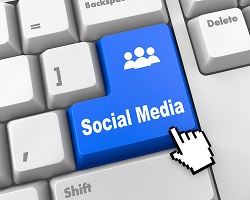 ABC News reports that the New Jersey Appellate Division, in a recent case, State v. H.L.M., upheld a ruling barring a New Jersey mother from posting about her children and ex-husband on Facebook.

The restriction was entered against her in 2011 when she attempted to kidnap her two children. She was caught, arrested, and eventually pleaded guilty to interference with custody.

At that time, the woman’s Facebook postings referenced things like serial killer Jeffrey Dahmer, Satan, and Adolf Hitler, all of which her ex-husband’s family and the Hunterdon County prosecutors found frightening. So, the judge told the woman that she was not permitted to reference her children or ex-husband in her Facebook rantings.

However, in 2012, the mother again began posting about her children and ex-husband on Facebook, referring to her family as Camelot. The judge found that this violated her probation.

The woman argued that the ban was unconstitutional, violating her rights to free speech and due process. However, the Appellate Division disagreed, holding that the order was specific and the ban did not prevent her from posting about other issues on Facebook.

We have previously blogged about why it is important to be careful about what you post on social media websites. Some of the thoughts or pictures that you post can impact how the judge may rule on the equitable distribution, alimony, child custody, and other legal issues involved in your New Jersey divorce.

This case shows two things. The first, and most important, is that you should never try to kidnap your children if you are unhappy with a custody or parenting time order. It is illegal to do so and may lead to criminal problems for you. The second is that in a case such as this, what you post may not only impact your family law issues, but could also subject you to criminal prosecution.

If you are unhappy about your child custody or parenting order, do not act rashly or on your own. It is important for you to think before you act. Instead, you should contact a New Jersey divorce lawyer, who will be able to assist you in seeking a modification of your order.

If you have questions or concerns about your custody order or parenting plan, please contact the experienced New Jersey divorce lawyers at Snyder & Sarno at (973) 274-5200.