I Want An Annulment! 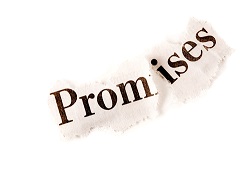 In New Jersey, a marriage may be dissolved in one of two ways:  divorce or annulment. There is a big difference between these two options. A New Jersey divorce ends a marriage, whereas an annulment nullifies a marriage, meaning it is as if the marriage never existed. Therefore, when a couple gets an annulment, the rights available during a divorce, like alimony or equitable distribution, do not apply because it is as if the couple were never married.

An annulment is only available when the marriage was void or voidable at inception, which applies only in limited circumstances. Those circumstances and other issues related to obtaining an annulment were explored by a recent case, Nadhir v. Nadhir.

Finally, the Court applied the doctrine of laches, which denies “a party enforcement of a known right when the party engages in an inexcusable and unexplainable delay in exercising that right to the prejudice of the other party.” Here, the defendant delayed so long in exercising his right, if he’d had one under the statute, that there would be prejudice to the plaintiff if his right were enforced.

If you have questions or concerns about the validity of your marriage, or if you are considering either an annulment or a New Jersey divorce, you should contact the experienced New Jersey divorce lawyers at Snyder & Sarno at (973) 274-5200.