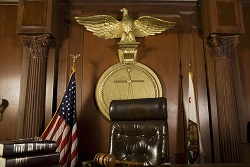 On May 5, 2014, Snyder & Sarno Partner Angelo Sarno argued Maeker v. Ross, on behalf of Beverly Maeker, to the New Jersey Supreme Court. Mr. Sarno argued that the 2010 amendment to the Statute of Frauds, requiring that palimony agreements be in writing and both parties be advised by independent counsel, should not apply retroactively.

Mr. Sarno argued that, while Ms. Maeker did not file for palimony from Mr. Ross until 2011, their relationship existed well before the 2010 amendment, and in fact began in 1998, not terminating until July 2011. During the relationship, Mr. Ross continuously made oral promises to Ms. Maeker that he would support her financially for the rest of her life. Because the relationship and these promises were made before the amendment, Mr. Sarno argued, the statute of frauds should not apply to their relationship because the statute should not apply retroactively.

Similarly, the New Jersey State Bar Association argued that the court should consider both parties’ performance under the oral agreement, and that partial performance could give a remedy to Ms. Maeker, even under the statute.

If the New Jersey Supreme Court agrees that the palimony statute should not be applied retroactively, people who entered into long-term, non-marital relationships and were financially dependent on and supported by their partners will be protected and able to receive palimony, even without a written support agreement. Check our blog for updates about the Court’s decision on this case.