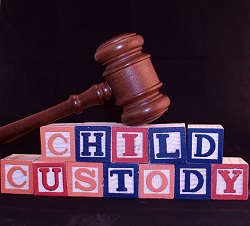 Generally, when we think of child custody disputes, we think of two biological or adoptive parents fighting for custody of their child. However, under certain circumstances, a custody dispute can be between a biological or adoptive parent and a third-party who has been a parent-like figure in the child’s life. In order for third-parties to obtain custody of a child, they must be deemed a psychological parent. This concept was explored once again in a recent unpublished decision by the New Jersey Appellate Division, E.B.S. v. K.M..

(1)   The legal parent consented to and fostered the relationship between the third-party and the child;

(3)   The third-party performed parental functions for the child to a significant degree; and

If you have questions or concerns about whether you could be considered a psychological parent of a child, please contact the experienced New Jersey family lawyers at Snyder & Sarno, who will help you determine whether you satisfy the requirements to be deemed a psychological parent, and who will be able to work with you through your custody dispute.