East vs West? When Child Custody Leaves The Country 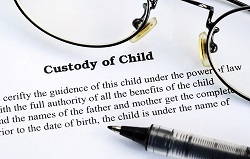 Child custodyis often an issue in a New Jersey divorce. The disputes involved in a child custody battle are compounded when the dispute is between the United States and another country. When this occurs, the Uniform Child Custody Jurisdiction and Enforcement Act(UCCJEA) governs the dispute. This was explored in a recent unpublished case out of the New Jersey Appellate Division, Brown v. Brown.

In this case, the mother took the parties’ child to Germany to visit  her father, which the father consented to. Once there, the mother told the father that she was not returning to the US and asked him to send her the clothes she had left behind, which he did. Two years later, the German court ordered the father to pay child support to the mother and granted the mother custody of the child.

The New Jersey Appellate Division agreed. The Court acknowledged that, under the UCCJEA, it treats foreign countries as if they were one of the states in the US. However, the Court goes on to explain that the initial custody demand must be brought in a state where the child lives or resided within the six months before the action began.

Issues dealing with child custody are generally highly stressful and the emotions are even more complex when the dispute is overseas. When filing for custody in this situation, it is important for you to work with an experienced New Jersey divorce lawyer, who knows the UCCJEA and the Hague Convention, and will be able to assist you in obtaining custody of your child.

If you have questions about your international child custody dispute, please contact Snyder & Sarno, whose excellent attorneys have handled many cases involving this issue, at (973) 274-5200.