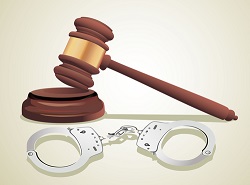 Sometimes, when one spouse has a final restraining order (FRO) against the other, the couple will, in their property settlement agreement (PSA) agree to vacate the FRO and replace it with matrimonial restraints that will be incorporated into the final judgment of divorce. However, this can lead to problems, as evidenced by a case recently decided and published by the New Jersey Appellate Division, N.B. v. S.K..

In this case, both parties had obtained FROs against each other in 2002. Then, in 2003, the parties entered into a PSA, where they agreed to vacate their FROs and replaced them with a mutual agreement to be “enjoined and restrained from harassing” each other and to only communicate with each other by email, and only about matters relating to their children. The defendant violated this agreement by calling the plaintiff multiple times and sending emails to all of her email addresses.

In 2006, the plaintiff moved for the matrimonial restraints to be enforced, and the motion judge ordered that the parties were to stop harassing each other and reiterated that the defendant was only to communicate with the plaintiff via email.

Then, in 2009, the plaintiff filed a new domestic violence complaint alleging that the defendant “made harassing and annoying communications,” including leaving her offensive voicemails. The judge found that this did not constitute domestic violence under the statute.

The plaintiff filed another domestic violence complaint in 2012, after the defendant left her four voicemails and had been calling her every day. The trial judge did not allow the plaintiff to bring in evidence of the defendant’s violation of the matrimonial restraints and dismissed her case.

The Appellate Division reversed. The Court explained that, although a violation of matrimonial restraints cannot, in and of itself, constitute an act of domestic violence, the violations can be used to give context to the parties’ relationship and help prove that the violations constituted harassment under the domestic violence statute. In this case, the Court explained that, whether the phone calls the defendant placed to the plaintiff were harassing could only be understood if evidence of the defendant’s past violations were considered. Therefore, a new trial was needed in order to consider that evidence.

The Court also addressed whether the plaintiff could vacate the 2003 order that vacated her FRO, thereby reinstating her FRO. The Court explained that, in some situations it is possible to do this. The person moving to vacate the order would have to show “an imminent need for protection and would be expected to address the past desire . . . for the vacation of the FRO.” However, in this case, the plaintiff’s motion to vacate the 2003 FRO was untimely, therefore the Court did not discuss the merits of the plaintiff’s claim.

This case illustrates the implications of choosing to vacate an FRO and replacing it with matrimonial restraints. When you have a FRO, if the defendant violates it, you can call the police and the defendant will be arrested on the spot. However, if matrimonial restraints are violated, you must go to the court and ask the judge to enforce the restraints, which takes more time and affords much less protection. Further, violations of matrimonial restraints do not automatically qualify you for a future FRO, they can only act as evidence of why certain behaviors warrant a FRO. Finally, once you vacate a FRO, the burden to reinstate it is a difficult one to overcome.

If you are considering vacating your FRO, it is important for you to speak to an experienced New Jersey divorce lawyer, who will be able to more fully explain and help you understand the implications of doing so. Domestic violenceis serious and dangerous, and you should not make any decisions about vacating a FRO until you are fully aware of the consequences it may have.

If you have questions about FROs or are a victim of domestic violence and are seeking legal help, please contact the experienced New Jersey divorce lawyers at Snyder & Sarnoat (973) 274-5200.