In the dog house? 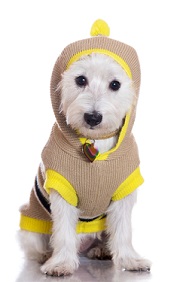 For many pet owners, our dogs and cats are members of our family. We do not look at them as property, but as family members that we love and cherish just as much as our other family members. This is why, when a couple that owns a pet decides to get a New Jersey divorce, a pet custody battle often ensues.

MSN reportsthat former Olympic figure skater, Johnny Weir, filed for divorce from his husband, Victor Voronov, and took the couple’s dog, Tëma, with him. Vornov claims that, although Weir purchased the dog for the couple, he did so as a way of apologizing to Voronov for engaging in sexual conversations with another man via text message. Further, Voronov asserts that, during the relationship, he was the primary caretaker of the dog.  Therefore, he argues, he should be awarded custody of the dog.

However, custody is not the appropriate term for how a New Jersey court will decide who gets the dog. Rather, in New Jersey, pets are treated as property. Generally, property is equitably distributedbetween the spouses, with the monetary value of the property playing a large role. However, pets are treated differently than other types of property because the monetary value is inadequate to compensate the spouse who does not get the dog. This is because pets have a certain sentimental and emotional value to the owner that cannot be quantified.

A 2009 New Jersey Appellate Division case, Houseman v. Dare, explicitly stated that a best interests standard, like those applied to child custodydisputes, should not be applied in the case of a pet. However, multiple factors are considered when determining which spouse gets the pet, the three main ones being: which spouse spent the most time with the pet, which spouse has custody over the children (if any), and which spouse cared for the pet’s needs. Most of the time, if the couple has children, the pet will be awarded to the same spouse who has custody of the children. However, especially when there are no children, the New Jersey family court may order a sharing arrangement for the pet, meaning that the pet will be shared by both spouses.

In the case of Voronov and Weir, there are no children. Therefore, the court will likely focus on which one of them spent the most time with Tëma, and which one cared for Tëma’s basic needs. Ultimately, though, both Voronov and Weir better be prepared for the possibility of a shared pet arrangement, each of them being awarded some time with their beloved dog.