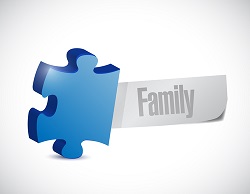 Roseland, NJ – The law firm of Snyder & Sarno, LLC announced today the unfortunate ordeal that has plagued the Canning family is now over.  Sean & Elizabeth Canning appeared in Court this morning with their attorneys, Angelo Sarno, Esq. and Ashley Vallillo, Esq. where their daughter Rachel was scheduled to dismiss her Complaint against her parents seeking financial support.  Rachel appeared with her counsel and testified that she is home with her family and had voluntarily decided to dismiss her case.

The Canning family are happy to be reunited and are thankful that their daughter is back home.  Following the brief court appearance, Sean and Elizabeth went to work and Rachel went about her day.  Some level of normalcy has finally returned to this family.

The Cannings will not be making any statements to the press at this time.  On behalf of the Cannings, Angelo Sarno again requests that the media respect their privacy.  At the appropriate time, they will provide a statement.  Sarno says, “The case is over.  It’s time to move on.  The Cannings want nothing more than to resume their lives as a family.”

The Cannings wish to make it a point to thank Judge Bogaard for fairly and effectively presiding over a sensitive and difficult matter, and Laurie Rush-Masuret, Esq., their prior counsel, for a job well done representing them.

Mr. Sarno is a Partner in the law firm of Snyder & Sarno, LLC. He is certified by the Supreme Court of New Jersey as a matrimonial attorney. The firm focuses primarily on family law matters.