My Body, My Decision! 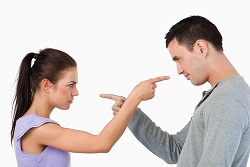 In November 2013, a New Jersey judge ruled that a father does not have the right to be present in the delivery room during the birth of his child if the child’s mother does not consent. This case, Plotnick v. Deluccia, was published and released on March 10, 2014.

In this case, the defendant discovered she was pregnant in February 2013.  Thereafter, the parties got engaged but the defendant then ended the engagement.. After the split, the plaintiff petitioned the court seeking a ruling compelling the defendant to notify him when she goes into labor, permitting him to be in the delivery room during the child’s birth, and granting him parenting time before the child was born. This was the first time a court ever had to decide whether a putative father has a right to be in the delivery room during a child’s birth when the child’s mother does not consent.

The judge looked to existing case law about mothers’ rights and interests in their children before a child is born. Specifically, the judge referenced Roe v. Wade, standing for the proposition that women have a constitutional right to control their bodies during pregnancy. The court also cited Planned Parenthood v. Casey, which struck down a law that required spousal notification before a woman had an abortion. In the court’s discussion of Casey, the judge also stated that: “the Supreme Court cautioned against state-action in the pre-birth time frame that would interfere with the individual right possessed by the mother.”

The judge also referenced the New Jersey Hospital Patient Bill of Rights, which prohibits hospitals from disclosing patient names and addresses, as well as the Health Insurance Portability and Accountability Act (HIPAA), which protects patient information. Further, the court found that Article 1, Paragraph 1, of the New Jersey Constitution provides mothers with “a fundamental right to privacy until the child’s birth.”

The judge ruled that, based on the existing jurisprudence regarding a woman’s interest in her body and her child pre-birth, fathers do not have a right to be present in the delivery room during childbirth if the mother objects to the father’s presence at that time. The judge noted that an opposite ruling could create situations where the father’s presence could add more stress on the mother and child during an already stressful time. Further, the court held that requiring the mother to notify the father when she goes into labor would be an undue burden on the mother.

Because this case is the first in the United States to rule on a father’s right to be present during delivery, it is an important decision. If you have questions or concerns about your parental rights, please contact the experienced New Jersey lawyers at Snyder & Sarno at (973) 274-5200.