What Prenup? He Cheated! 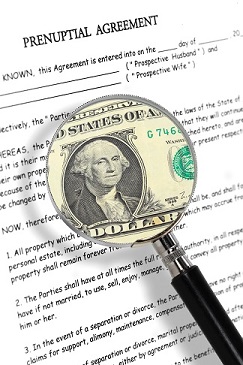 According to TMZ, Ariane Raymondo-Felton has filed for divorce from New York Knicks basketball player, Raymond Felton, after their 18-month marriage. Raymondo-Felton filed for divorce on the ground of adultery. Because of the adultery, Raymondo-Felton wants the court to ignore the couples’ prenuptial agreement so that she can then be awarded alimony and the tuition for her remaining two years at Fordham Law School.  Let’s take a look at what would happen if this case were before the New Jersey Family Division.

While Raymondo-Felton may have been required under the couples’ prenuptial agreement to file on the basis of adultery in order to collect maintenance under the agreement, this type of provision in a premarital agreement is rare.

However, sometimes the terms of a prenuptial agreement specify certain amounts that will be awarded to the parties depending on how the marriage ended.

There are many complex legal issues during a New Jersey divorce that can make an already emotional time all the more difficult.  Filing improperly for divorce could have a major impact on the outcome of your matter.  It is important that you speak to an experienced matrimonial attorney regarding all the issues of your divorce before you proceed.

If you have questions about your New Jersey divorce, prenuptial agreements, adultery, alimony, tuition payment, or any other divorce-related issue, please contact the experienced attorneys at Snyder & Sarno at (973) 274-5200.