What's Mine Is Yours 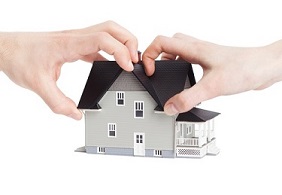 As part of  every New Jersey divorce, spouses are required to deal with the issue of dividing marital property (which includes both assets and debts) in a process called equitable distribution. Marital property is defined by N.J.S.A. 2A:34-23(h) as: “property, both real and personal, which was legally and beneficially acquired by [both spouses] or either [spouse] during the marriage.”

“During the marriage” is generally regarded as the period from the date of your marriage ceremony until the date that the divorce complaint was filed. It is important for you, when going into a hearing involving the distribution of your marital assets and debts, to completely understand the definition of marital assets /debts and how that translates into the equitable distribution of property in your New Jersey divorce.

One key issue to be aware of is that it does not matter whose name the asset or debt is in (i.e. one spouse individually or jointly). As long as an asset or debt was acquired during your marriage, it is subject to division no matter the title in which it is held.      However, as with any rule, there are exceptions. Anything that either you or your spouse acquired during the marriage by gift, devise, or inheritance is not considered marital property. Any gift, devise, or inheritance is individual property and will not be distributed in your New Jersey divorce.

If you have questions about your property and whether it will be subject to equitable distribution in your New Jersey divorce, or how to prevent the distribution of your assets in the event of a divorce by entering into a Pre-Nuptial Agreement, please contact the experienced New Jersey divorce lawyers at Snyder & Sarno at (973) 274-5200.