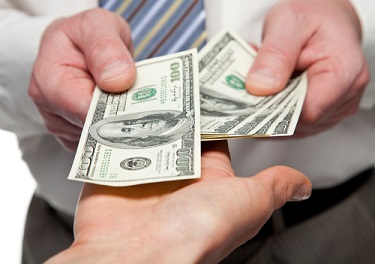 Recently, news sources, like Newsday, have reported that as the economy recovers, divorce rates start to rise. Though this may seem like an odd correlation, the fact that people that have a better economic position tend to leave unhappy marriages at a greater rate than those who are economically dependent to their spouse.

Financial independence also provide people with the courage to leave an unhappy marriage, and as a result, divorces tend to increase.  If you are unhappy with your marriage, you should speak to professionals that are capable of answering all the questions you may have concerning the impact of a divorce.

For those people that are dependent to their spouse’s income and family assets, the law provides for various forms of relief that will allow you to live in accordance to the economic standard established during the marriage.  For instance, alimony is a periodic payment for support and maintenance that one spouse receives from the other spouse.  There are many factors the court must consider in awarding alimony to a spouse.   In the case of Aronson v. Aronson, the New Jersey Appellate Division explained that alimony is neither a punishment for the pay or nor a reward for the payee.  See Aronson v. Aronson, 245 N.J. Super. 354, 364 (App. Div.1991) The Court further explained that alimony is not to be a windfall for any party.   Alimony is a right arising out of the marriage relationship to continue to live according to the economic standard established during the marriage as far as economic circumstances will allow.  See the New Jersey Supreme Court cases of Innes v. Innes, 117 N.J.  496, 503 (1990) and Mahoney v. Mahoney, 91 N.J. 488 at 501-502 (1982).

Family law assists you in maintaining a lifestyle as close to that experienced during the marriage as possible, however it only goes so far, as the New Jersey Supreme Court stated in the cases of Innes and Mahoney.  Under certain circumstances, the court may order spousal support during the pendency of the divorce and as part of the final judgment of divorce. The issue of whether alimony is awarded is a very fact sensitive and is determined on a case-by-case basis.

In addition to alimony, all of the marital property will be equitably distributed after your divorce is finalized, so you will receive the economic benefit of whatever marital assets you receive as a result of this distribution.  Marital property may also include assets that are titled to and in your spouse’s name alone.

Even if you receive the most favorable outcome for purposes of alimony and equitable distribution, it may still not be enough to support yourself financially as an independent person in a lifestyle that you enjoyed during your marriage.  Therefore, if you plan on filing for divorce, and you have the financial ability to do so, it is important to save money for both the period of separation and in preparation for living independently after your divorce is finalized. By doing this, you will have liquid funds available whenever you need them, whether it is to hire a New Jersey divorce lawyer or to provide the security deposit for an apartment.  If you do not have the ability to save and prepare for a divorce, it does not mean that you are forced to remain in an unhappy marriage.  You should immediately consult with an experienced divorce attorney.  In addition to the relief mentioned above, you may be entitled to receive from the Court an Order for interim support or other relief, including attorney fees/retainer to be paid by your spouse.