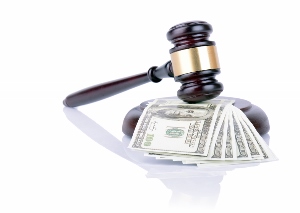 The New Jersey alimony reform movement pushes onward. There are already a variety of alimony reform bills pending before the New Jersey legislature, and now, according to the New Jersey Law Journal, on February 10, the Assembly Judiciary Committee unanimously approved a measure that calls for appointing a commission to study the current alimony situationand how to proceed with reforms.

The commission is proposed by Assembly Bill, AJR-32, and would be comprised of eleven members, including the Administrative Director of the Courts or his designee, two members from each of the legislative chambers, and six members from the public, which would consist of three men and three women who would be appointed by the Governor. Two of the six public members of the commission would have to be matrimonial attorneys and one would have to be a retired New Jersey Superior Court judge experienced in family court. The commission would need to furnish a report containing findings and recommendations for alimony reform within one year.

Supporters of the commission feel that an alimony reform study will assist in the creation of legislation that better addresses the needs of alimony recipients and payers, including issues like cohabitation and unemployment. Those that oppose the commission feel that this study will delay any immediate changes in the current alimony structure, and that swift change is necessary to prevent injustice.

The alimony reform battle wages on, and until a resolution is reached, we remain with the current alimony structure. In a New Jersey divorce, alimony is awarded to a spouse who was financially and economically dependent on the other spouse during the marriage, and its purpose is to allow that spouse to maintain the marital standard of living. Currently, four different types of alimony may be awarded depending on your situation, and those include permanent alimony, limited duration alimony, rehabilitative alimony, and reimbursement alimony.