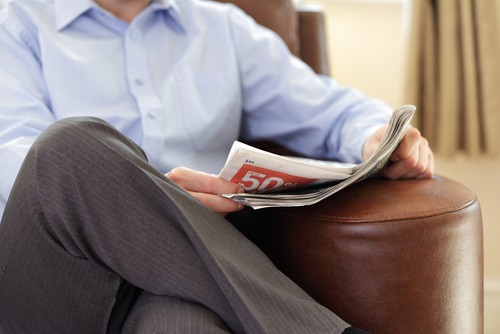 Snyder & Sarno partner, Stacey Cozewith, Esq. was featured in the November 11, 2013 issue of NJBIZ in an article about gay marriage in New Jersey. This article came out about one month after New Jersey became the fourteenth state to recognize same sex marriage.

In the article, Ms. Cozewith discusses with the author one of the many benefits of legalizing same sex marriage, which is the benefit of favorable tax consequences upon a divorce. Prior to the legalization of same sex marriage in New Jersey, a same sex couple was only able to enter into a civil union. Under the applicable New Jersey statutes, the law as to the dissolution of a civil union is identical to that of a dissolution of a marriage. However, a couple in a civil union is not treated identically to a married couple in the eyes of the federal government. If a same sex couple dissolves their civil union, alimony payments may be considered gifts for federal tax purposes and the transfer of assets from one spouse to another as part of equitable distribution, may be a taxable event. Accordingly, with the legalization of same sex marriage, a same sex couple who is married, will finally be treated equally to any other married couple upon divorce.

When alimony is ordered in a New Jersey divorce, the person paying alimony has the benefit of a federal tax deduction, and the person receiving the alimony must report it as taxable income on their federal income tax returns. Moreover, the distribution of assets between a married couple upon their divorce, is not a taxable event. However, as Ms. Cozewith explains, when a couple decides to dissolve their civil union in New Jersey, any money or assets that are awarded or transferred between the parties incident to the dissolution of their civil union, may be considered a gift, rather than alimony or equitable distribution for federal tax purposes. Thus, the article highlights that the civil union couple upon divorce may be subjected to higher taxes under federal law than their married counterparts.

Ms. Cozewith explained to the author of the article that prior to the legalization of same sex marriage in New Jersey, in order to help her clients seeking a dissolution of their civil union, she would often advise them to become legally married in a state that recognized same sex marriage first. This way, the couple could obtain a divorce in New Jersey and receive the same federal tax benefits as all married couples do upon the dissolution of a marriage.

Now that same sex marriage is permitted in New Jersey, all couples have the ability to marry. Thus, should that marriage need to be dissolved, there is one less step prior to moving on. Same sex couples just as with their heterosexual counterparts, may obtain a New Jersey divorce and receive alimony along with its federal tax benefits as well as equitably distribute their marital assets without significant federal tax implications. Thus, the recognition of same sex marriage in New Jersey was important to give equality to same sex couples not only in marriage, but also in divorce.

If you have questions about your New Jersey divorce or alimony obligation, please contact the experienced attorneys at Snyder & Sarno at (973) 274-5200.