Paying for a Child’s College Expenses 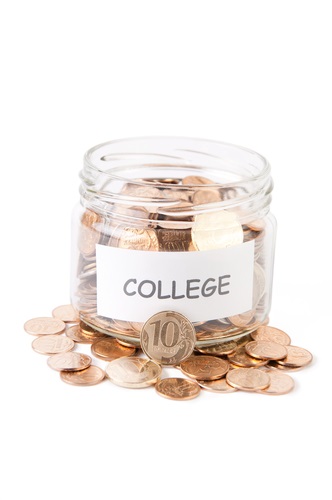 Once a child support order is entered, the parent obligated to make the payment must do so until the child is emancipated, which occurs when the fundamental dependence of the parent-child relationship is over. Applying this rule can become sticky when a child is enrolled in college, which was illustrated in a recent case, Rivera v. Rivera.

In Rivera, the parties had one daughter and one son. After their divorce, the children’s father was awarded custody and the mother was ordered to pay child support, which included “twenty-four percent of . . . post-financial aid college tuition.” Three years later, the daughter was living with the mother and both children were attempting to earn a college degree. However, the daughter had failed to maintain a passing grade point average at any college she had attended and, at the time of the appeal in this case, was planning on attending Rowan University after failing all of her community college classes. The mother requested child support for the daughter since she was living with her and the father sought to have the daughter emancipated. The parties’ son was attending an out of state college and the mother asserted that she was not made aware of this decision until the child was already enrolled.

As for the father’s request to emancipate the daughter, the court explained that a child could be emancipated when “the fundamental dependent relationship between parent and child is concluded, the parent relinquishes the right to custody and is relieved of the burden of support, and the child is no longer entitled to support.” The inquiry is “whether the child has moved ‘beyond the sphere of influence and responsibility exercised by a parent and obtained an independent status of his or her own.’”

When a child is enrolled in college, many factors, called the Newburgh factors, are considered to determine whether and how much a non-custodial parent should pay toward that education. However, in this case, the court pointed out that Newburgh does not require a delay in emancipation if the child cannot perform successfully in his or her post-secondary program. This meant that here, the daughter’s inability to maintain a passing grade point average at any of her colleges could compel the court to declare her emancipated. The Appellate Division remanded the matter to the family court to evaluate the current facts and to decide whether the daughter should be emancipated.

The court then looked to how much the mother should be required to pay toward the son’s college expenses. The court explained that the family judge must apply the Newburgh factors to determine the amount of support needed for post-secondary education. Those factors are:

(1) Whether the parent, if still living with the child, would have contributed toward the costs of the requested higher education; (2) the effect of the background, values and goals of the parent on the reasonableness of the expectation of the child for higher education; (3) the amount of the contribution sought by the child for the cost of higher education; (4) the ability of the parent to pay that cost; (5) the relationship of the requested contribution to the kind of school or course of study sought by the child; (6) the financial resources of both parents; (7) the commitment to and aptitude of the child for the requested education; (8) the financial resources of the child, including assets owned individually or held in custodianship or trust; (9) the ability of the child to earn income during the school year or on vacation; (10) the availability of financial aid in the form of college grants and loans; (11) the child’s relationship to the paying parent, including mutual affection and shared goals as well as responsiveness to parental advice and guidance; and (12) the relationship of the education requested to any prior training and to the overall long-range goals of the child.

The court remanded to the family judge to consider all of the factors in its decision of how much money the mother would be required to pay for the son’s education. The court also pointed out the interdependence of the two issues, as the mother would now be receiving child support for the daughter if she is not emancipated, explaining that the family court should consider that in its decision as well.

What you should take away from this case is that as a parent that is either going through a divorce or is divorced in New Jersey, you will likely be responsible for contributing at least some financial support toward your child’s college education. The court will consider all of the factors listed above when making its decision about how much money you will be required to pay. This case also demonstrates that you will be obligated to pay child support until your child is emancipated, and very often a child will not be emancipated until graduation from college. However, if, as in this case, your child prolongs his or her education because he or she fails to maintain a passing grade point average, then you may have a case to emancipate your child.

If you have questions about your child support obligation, please contact the experienced attorneys at Snyder & Sarno at (973) 274-5200.