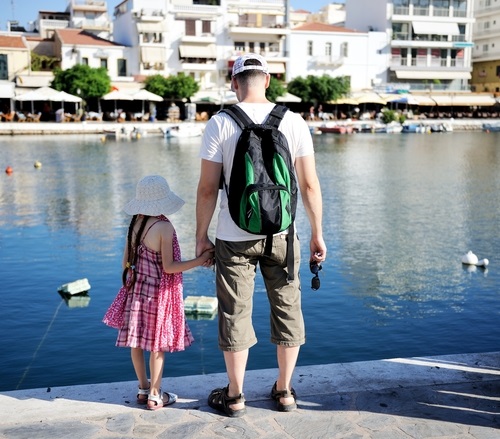 After child custody has been decided by the family court, the court will consider visitation for the non-custodial parent. Many factors will be taken into consideration when determining a visitation schedule, and things can get especially tricky where a criminal action is pending against the non-custodial parent. This was explored in a recently published case, S.M. v. K.M.

In this case, the child’s father was served with a temporary restraining order in November 2011 because he had been abusive to the mother and one of the children. Because some of the abuse involved the use of a weapon, the police went to the home to confiscate the weapon, and while there, also discovered illegal hollow point bullets, leading to the father being charged with a weapons offense. The father then filed for divorce.

In January 2012, the court ordered that the mother would have custody of the children (which the parties consented to) and it also ordered that the father would have no contact with the mother, at which point the restraining order was dismissed. Later, in November 2012, the father was indicted for multiple crimes, one of them being endangering the welfare of the child.

In April 2013, the father sought therapeutic visitation from the court, the same type of visitation he had asked for throughout the proceedings. The family judge denied the father’s request, stating that it was not in the child’s best interests to grant visitation while the criminal proceedings were pending.

The Appellate Division reversed that decision, explaining that “depriving children of all contact with their father is an extreme measure that, if improperly imposed and maintained for a lengthy period of time, could cause severe injury to the children.” The court emphasized that parents have a constitutional right to have a relationship with their children, and further that children have the right to spend time with their parents after being removed from their parent’s home.

The court then referred to Rule 5:12-6, which provides that when the family action and criminal action arise from the same incident, the family court will decide any parental visitation issues. The Rule also states that notice should be given to the county prosecutor and criminal defense attorney when there will be a hearing regarding visitation.

Finally, the court also referenced the directive promulgated by the Administrative Office of the Courts, which protects domestic violence victims while making sure that cases of co-occurrence (meaning there is both a child protective services action and a criminal complaint against a parent pending) are handled effectively.

The Appellate Division ordered the family judge to determine whether a hearing was necessary, and if it was, to include the prosecutor and defense attorney and to follow the procedures set forth in Rule 5:12-6 and the Directive.

This case shows the law’s focus on maintaining a relationship between the non-custodial parent and a child. When determining visitation, the court will look to the facts of the case and determine what visitation arrangement is the most appropriate under the circumstances, focusing on the child’s best interests, which includes maintaining a relationship with both parents, while also protecting the constitutional right of the parent to have a relationship with his or her child.

If you have questions or concerns about your visitation order, please contact the experienced attorneys at Snyder & Sarno at (973) 274-5200.