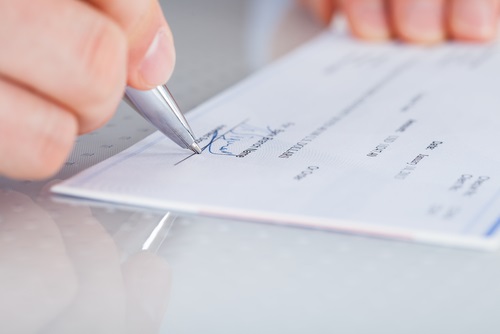 With every custody dispute or settlement, comes an award of child support. When ordering an award of child support, the New Jersey family judge will look to the Child Support Guidelines in Appendix IX in R 5:6A. A judge can modify the guidelines in a particular case if good cause is shown. When a person who is being ordered to pay child support (obligor) has multiple family considerations, for instance has to provide child support to two different people (obligees) for children born out of different relationships, the Guidelines require the judge to consider those multiple family obligations and come to an equitable, or fair, resolution. The issue with this requirement is how to make the award equitable to the two separate obligees and to the parent being ordered to pay both people. In a recent decision that has been approved for publication, Harte v. Hand, the New Jersey Appellate Division suggested one method for coming to two equitable child support awards.

One of the factors used in the Guidelines is the obligor’s weekly income. In Harte, the court explained that, when there is a prior child support order for another family, the amount that the obligor pays on that order must be deducted from his weekly income when determining how much the obligor will be required to pay in the current order. However, the court emphasized that a child that is born later in time should not be penalized by receiving a lower amount of child support than a child born first. Therefore, the court suggested a modification to the “prior order” adjustment established in the Guidelines. Acknowledging that this was simply one way of ordering child support equitably between the children of two different relationships, the following is what the court suggested:

Support should be calculated for Harte [second child], first considering her child as having the prior order and listing T.B.’s [first child] child as the recipient of the second order; then flipping these positions so the T.B. child is considered the first order and Harte’s child considered the recipient of the second order. Similar calculations would be performed in T.B.’s matter . . . In each calculation, the party receiving the “second” order would have the amount calculated for the “first” order entered on [the line designated for the prior order discount]. Then, after the four calculations are prepared, . . . the two resulting T.B. worksheet obligations . . . would be averaged and the two Harte worksheet calculations averaged. [Obligor] would then be ordered to pay the average of the two support calculations to each [obligee].

The court explained that this method would make sure that both children were treated fairly without ignoring the obligor’s actual ability to meet his own financial needs as well as the children’s needs.

There are many things you should take away from this case. The first is that an obligor has an obligation to support all of his or her children, and that obligation will be determined by the Child Support Guidelines. However, any money that the obligor pays for one child will be discounted from his or her weekly salary when determining how much money he or she should pay for another child. It is important to remember that a child born first should not be favored as opposed to a child born later, so when determining the child support award for both children, the court will adjust its calculations under the Guidelines to make the awards equitable for all parties involved. The method suggested by Harte is simply one way of producing an equitable award.

The Child Support Guidelines are long and complex, and the court considers many different factors when determining a child support award. Working with an experienced family lawyer will greatly assist you in receiving a fair award. If you have questions about your child support order, please contact the experienced attorneys at Snyder & Sarno at (973) 274-5200.