How Would The Kardashian-Odom Divorce be Handled in New Jersey? 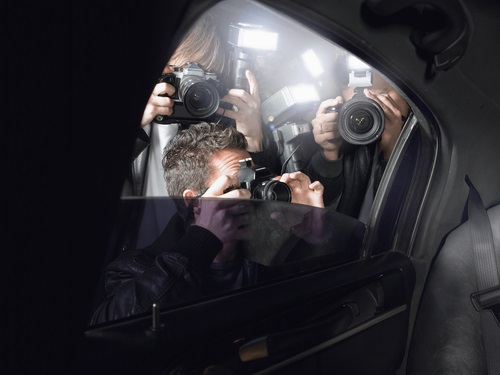 NJ.com reports that after their four-year marriage, Khloe Kardashian filed for divorce from NBA star Lamar Odom. Kardashian filed under the grounds of irreconcilable differences, is seeking to have her last name changed back to her maiden name, cited the couple’s prenuptial agreement, and stated that she will not be seeking spousal support (alimony), nor does she want to pay it to Odom. The couple lives in California, therefore California law will govern their divorce. However, let’s look at the New Jersey law that would apply to their divorce.

In New Jersey, the grounds for divorce are delineated in N.J.S.A. 2A:34-2. One of those grounds is irreconcilable differences. A New Jersey divorce arising from this cause of action requires that there have been “irreconcilable differences that have caused the breakdown of the marriage for a period of six months and that make it appear that the marriage should be dissolved and that there is no reasonable prospect of reconciliation.” This ground for divorce is a no fault cause of action, meaning that the person filing for divorce does not have to prove that his or her spouse did something wrong. The person simply must state that the marriage has been breaking down for a period of six months because of the couple’s irreconcilable differences. Filing under the no fault regime is easier than filing under a fault-based cause of action, which requires you to prove that your spouse did something wrong, causing the divorce action.

If you have no prenuptial agreement on the issue of alimony and there is a disparity in the parties’ incomes, alimony may be an issue to be determined as part of a divorce. In New Jersey, alimony is meant to provide a financially dependent spouse with enough money to maintain the standard of living that existed during the marriage. Currently, New Jersey has four types of alimony, which are listed in N.J.S.A. 2A:34-23(b), and are permanent, temporary, rehabilitative, and reimbursement alimony, all of which serve a different purpose for the dependent spouse. When determining the amount of alimony to be awarded to a dependent spouse, the court will balance a variety of factors in order to best enable both parties to maintain the marital standard of living. However, as we have previously blogged, there is currently an alimony reform movement sweeping through New Jersey, so the types of alimony and how they are calculated could change in the near future.

Clearly, a New Jersey divorce comes with a variety of issues, many of which are complex and fact sensitive. When children are mixed into the process, it becomes even more complicated and at times can be overwhelming. It is important to discuss your options with an experienced New Jersey divorce lawyer in order to ensure that you are well-protected throughout the divorce process. If you have questions about your New Jersey divorce or a prenuptial agreement, please contact the experienced attorneys at Snyder & Sarno at (973) 274-5200.