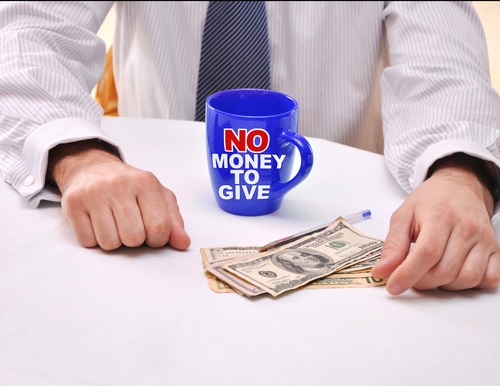 When a parent has not paid court ordered child support, the amount owed is called arrears and must be paid regardless of changed circumstances. Once a child support order is entered, if the obligor is able to demonstrate a substantial change in circumstances, he or she may be granted a downward modification of the support order. However, any arrearages will still have to be paid off as a child support order may not “be retroactively modified by the court except with respect to the period during which there is a pending application for modification.” This means that though a downward modification is allowed when changed circumstances is proven, the order will only be modified as of the date of the filing of the motion, thus any amount owed prior to that filing will not be modified and any amount already paid will not be returned. This is so even when it is determined that the child support payor is not the child’s father.  This was demonstrated by a recent case, Sanders v. Hernandez.

In this case, when the child was born, the birth certificate listed Hernandez as the father and he consented to paternity, thus a consent order for paternity was entered, and in turn child support was ordered. When the child’s mother started receiving Temporary Aid to Needy Families and the Division of Youth and Family Services got involved with the child, a paternity test was conducted which revealed that Hernandez was not the child’s father. After this, Hernandez moved to terminate his child support obligation and arrears, which had accumulated to $5,608.99. The trial court terminated Hernandez’s child support order and his arrears.

The New Jersey Appellate Division reversed. The court emphasized the fact that Hernandez consented to paternity and waived his right to a paternity test. Had he paid child support during the years leading up to the disestablishment of paternity, that money would not be returned to him. After discussing the doctrine of unclean hands, which is a principle that relief should not be granted to a wrongdoer, the court reasoned that Hernandez should not benefit by his wrongdoing by not having to pay the arrears that he owed under the previous support order before his motion was filed. Thus, he was required to pay the arrears. The Appellate Division remanded the case to determine the amount of money that Hernandez owed from before his modification motion was filed.

The important thing to remember is that you can get a downward modification in your child support order. However, the order will not be retroactively modified. Thus, if you owe arrears, you will still be required to pay them. Additionally, as Sanders illustrates, even if unexpected circumstances occur, like paternity being disestablished, you are still going to be held to your prior obligations from before filing your motion.

If you have questions about your child support order, please contact the experienced New Jersey family lawyers at Snyder & Sarno at (973) 274-5200.