Can the Court Order You to Vacate Your Marital Home After Divorce? 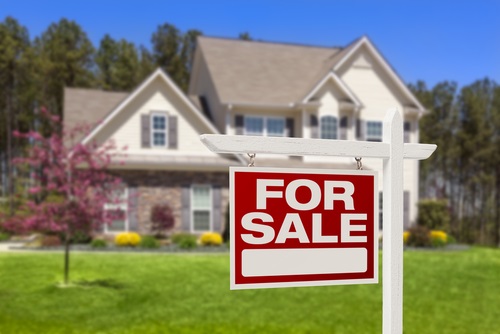 When a couple gets a New Jersey divorce, all of their marital property needs to be divided. This is done through a process called equitable distribution. Among the marital property that gets distributed, the marital home and its equity are the most common. There are many ways in which the marital home can be divided during the divorce, especially because equitable does not necessarily mean equal. Two of those ways are giving the marital home to one of the parties or selling the home and distributing the proceeds. This raises an important question: can the family court order you to vacate your marital home in order to sell it in the event of a New Jersey divorce? The short answer is that it depends.

This issue was addressed by the New Jersey Appellate Division in a recent case, Bautista v. Bautista. In that case, the couple came to an agreement on the equitable distribution of their marital property which was incorporated in the final judgment of divorce in New Jersey. In that agreement, the wife was to receive the marital home, which had $183,000 in equity and was mortgaged in the husband’s name. The agreement stated that the wife would put the mortgage in her name and remove the husband’s name from the mortgage by July 1, 2009, and that she would forward the husband the monthly mortgage payments until that time. The agreement also provided that the wife would receive $35,000 a year in alimony for five years.

On September 14, 2012, the court ordered that, if the house was not sold by December 31, 2012, then the wife would have to vacate the house. The husband was still ordered to make the mortgage payments, and any that exceeded his alimony obligation would be paid back to him from the proceeds of the sale of the residence. The court additionally ordered that the listing for the house could be no greater than $299,900, and, when ordering the wife out of the home, stated that the house may sell more quickly if nobody was living there, even though there wasn’t any evidence that her living in the house affected the ability of it to be sold. The wife agreed to pay the mortgage, but stated her desire to stay in the home until it was sold.

The Appellate Division remanded the matter for further fact finding to determine whether the wife was intentionally interfering with the sale of the house or whether it would sell more quickly if no one lived there. The court explained that if there was evidence that the wife was intentionally stalling the sale of the home, then ordering her to vacate the house while paying the mortgage may be necessary in order to prevent her further interference. However, the court acknowledged, this arrangement does not benefit the husband in any way. Thus, a remand was necessary to determine if the order that the wife vacate the home was required in order to sell the home or to prevent her from interfering with its sale.

This case illustrates several important concepts. The first is that the court can order you to sell your marital home in order to equitably distribute the marital property. The second is that if you ignore your responsibilities under the family court order, or if you intentionally interfere with a court ordered sale of your home, then the court can order you to vacate that home in order to allow a sale to occur more quickly.

Equitable distribution is complicated, especially when there is a lot of property or debt to be divided. Even the process of determining which property and which debts constitute marital property can be confusing and complex. If you have questions about equitable distribution in your New Jersey divorce, please contact the experienced attorneys at Snyder & Sarno at (973) 274-5200.