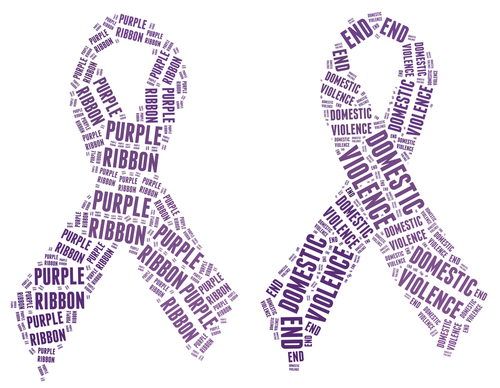 October is Domestic Violence Awareness Month, and a good time to learn your rights if you find that you or a friend are a victim of domestic violence. The best protection under New Jersey family law is to obtain a restraining order. In New Jersey, you must meet the statutory requirements in order to qualify for a restraining order. This means that there first must be a predicate act under the Protection of Domestic Violence Act (PDVA), which include homicide, assault, terroristic threats, kidnapping, criminal restraint, false imprisonment, sexual assault, criminal sexual contact, lewdness, criminal mischief, burglary, criminal trespass, harassment, and stalking. Once there is a predicate act, there must also be a continuing need for protection. We have previously blogged about the importance of meeting the statutory requirements in order to obtain a restraining order, and a recent case out of the Appellate Division, A.S. v. R.D., explores this issue again.

A.S. involved two people who had formerly been in a dating relationship. The defendant had sent two text messages to the plaintiff, one of which the plaintiff found troubling. That message stated: “And let me add one more thought for you to process: I am now moved beyond sad and miserable to extremely angry and bitter. Please don’t force me to make my presence known in your lives. Nothing would give me greater satisfaction than to see you both miserable. This is your choice.” At trial, the defendant denied that she was trying to threaten the plaintiff, and argued that she was merely responding out of anger to the realization that the plaintiff was trying to hurt her music career. The plaintiff filed for a restraining order with the predicate act of harassment. The Superior Court granted the final restraining order (“FRO”).

The Appellate Division reversed. Focusing on the statutory elements that are required in order to enter a FRO, the court examined the statutory definition of harassment under the PDVA, which states:

A person commits a petty disorderly persons offense if, with the purpose to harass another, he:

a.       Makes, or causes to be made, a communication or communications anonymously or at extremely inconvenient hours, or in offensively coarse language, or any other manner likely to cause annoyance or alarm;

b.      Subjects another to striking, kicking, shoving, or other offensive touching, or threatens to do so; or

c.       Engages in any other courses of alarming conduct or of repeatedly committed acts with purpose to alarm or seriously annoy such other person.

This case shows the importance of meeting every element required by the PDVA. If every statutory element is not satisfied, then a FRO will not be entered. If you are a victim of domestic violence and want to know your rights, please contact the experienced New Jersey lawyers at Snyder & Sarno at (973) 274-5200.