Richard Gere and Carey Lowell May Be Divorcing, Here Are Their Possible Legal Issues 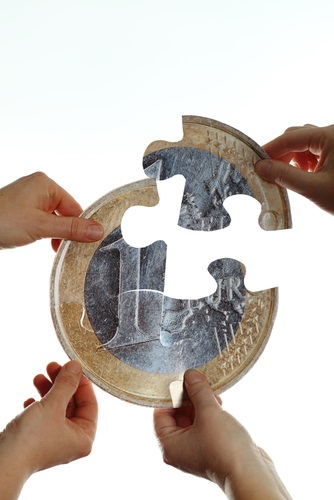 The Huffington Post reports that after 11 years of marriage, Richard Gere and Carey Lowell may be getting a divorce, though it is still unclear whether this is merely a separation. The couple has one thirteen-year-old son and have put their $65 million property on the market. If the couple does file for divorce, based on just these very few facts, it is clear that there is a possibility of at least two major issues in the divorce process: child custody and equitable distribution. The couple lives in New York, so New York law will apply to their potential divorce. However, let’s look at the New Jersey law that would apply to their possible legal disputes.

In New Jersey, there are two types of child custody: legal and physical custody. Legal custody determines which parent makes the major decisions about the child’s life, and physical custody determines with whom the child lives. Both legal and physical custody can be awarded jointly to both parents or solely to one parent, and it is possible to have joint custody in one context and sole custody in another. For instance, in one case, the parents could have joint legal custody, but one of the parents has sole legal custody. When determining custody, the court looks to the factors listed in N.J.S.A. 9:2-4. These factors include: “the parents' ability to agree, communicate and cooperate in matters relating to the child; the parents' willingness to accept custody and any history of unwillingness to allow parenting time not based on substantiated abuse; the interaction and relationship of the child with its parents and siblings; the history of domestic violence, if any; the safety of the child and the safety of either parent from physical abuse by the other parent; the preference of the child when of sufficient age and capacity to reason so as to form an intelligent decision; the needs of the child; the stability of the home environment offered; the quality and continuity of the child's education; the fitness of the parents; the geographical proximity of the parents' homes; the extent and quality of the time spent with the child prior to or subsequent to the separation; the parents' employment responsibilities; and the age and number of the children.”

Equitable Distribution, or property division, in New Jersey is also governed by statute, N.J.S.A. 2A:34-23(h), which states that marital assets must be divided equitably between the parties. An additional statute, N.J.S.A. 2A:34-23.1, lays out numerous factors that the court must consider when making a determination of equitable distribution, including: “the duration of the marriage or civil union; the age and physical and emotional health of the parties; the income or property brought to the marriage or civil union by each party; the standard of living established during the marriage or civil union; any written agreement made by the parties before or during the marriage or civil union concerning an arrangement of property distribution; the economic circumstances of each party at the time the division of property becomes effective; the income and earning capacity of each party, including educational background, training, employment skills, work experience, length of absence from the job market, custodial responsibilities for children, and the time and expense necessary to acquire sufficient education or training to enable the party to become self-supporting at a standard of living reasonably comparable to that enjoyed during the marriage or civil union; the contribution by each party to the education, training or earning power of the other; the contribution of each party to the acquisition, dissipation, preservation, depreciation or appreciation in the amount or value of the marital property, or the property acquired during the civil union as well as the contribution of a party as a homemaker; the tax consequences of the proposed distribution to each party; the present value of the property; the need of a parent who has physical custody of a child to own or occupy the marital residence or residence shared by the partners in a civil union couple and to use or own the household effects; the debts and liabilities of the parties; the need for creation, now or in the future, of a trust fund to secure reasonably foreseeable medical or educational costs for a spouse, partner in a civil union couple or children; the extent to which a party deferred achieving their career goals; and any other factors which the court may deem relevant.”

The decision for both child custody and equitable distribution in New Jersey depends on how the court weighs multiple factors. Thus, in both instances the decision will be very case specific. It is important to have an experienced New Jersey divorce lawyer to assist you during your child custody and equitable distribution disputes.

Stay tuned for updates about the Gere and Lowell separation. In the meantime, if you have any questions or concerned about your child custody or equitable distribution case, contact the experienced New Jersey divorce lawyers of Snyder & Sarno at (973)274-5200.