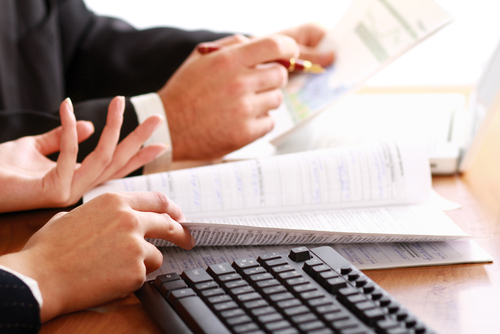 The State of New Jersey protects victims of domestic violence through its Prevention of Domestic Violence Act (PDVA) by empowering the family court to grant restraining orders to victims of domestic violence. In order to obtain a restraining order, a qualified victim must prove by a preponderance of the evidence that the defendant’s conduct constitutes a predicate act, and that the restraining order is necessary to protect the victim from immediate danger or future acts of domestic violence (Silver v. Silver). The predicate acts covered by the PDVA include the following: homicide, assault, terroristic threats, kidnapping, criminal restraint, false imprisonment, sexual assault, criminal sexual contact, lewdness, criminal mischief, burglary, criminal trespass, harassment, and stalking. Further, each of the predicate acts has its own definition that must be satisfied in order for it to constitute the act for purposes of the PDVA.

The Appellate Division recently explored the definition of stalking for purposes of the PDVA in a case called E.C. v. C.B.T.. In this case, the family judge granted the plaintiff a final restraining order, holding that the plaintiff had proved that the defendant had committed the predicate act of stalking when he appeared at the bar where the plaintiff was, followed her to her friend’s house, physically threatened her friend, told the police to follow her home, and the next day sent her insulting text messages and threatened to tell her step-mother that her father was having an affair.

The Appellate Division reversed, holding that the plaintiff had neither proven a predicate act nor an ongoing need for the restraining order. The defendant is guilty of stalking “if he purposefully or knowingly engages in a course of conduct directed at a specific person that would cause a reasonable person to fear for his safety or the safety of a third person or suffer other emotional distress.” The Court found that the requirement of “a course of conduct” was not satisfied. A defendant satisfies “a course of conduct” by repeatedly maintaining a visual or physical proximity to a person; directly, indirectly, or through third parties, by any action, method, device, or means, following, monitoring, observing, surveilling, threatening, or communicating to or about, a person, or interfering with a person's property; repeatedly committing harassment against a person; or repeatedly conveying, or causing to be conveyed, verbal or written threats or threats conveyed by any other means of communication or threats implied by conduct or a combination thereof directed at or toward a person.

This case is an important reminder that though the PDVA is a strong protection for domestic violence victims, its explicit statutory requirements must be satisfied in order for a victim to receive protection. When filing for a final restraining order, it is essential to understand each requirement under the statute and how it is satisfied.

If you are a victim of domestic violence and want to know your rights under the law and what legal remedies are available to you, contact Snyder & Sarno’s experienced attorneys at (973) 274-5200.