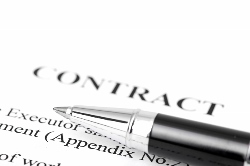 In many cases, a marital settlement agreement (MSA) or property settlement agreement (PSA) will be incorporated into a couple’s final judgment of divorce (FJOD). A MSA or PSA is an agreement between divorcing spouses, and can contain clauses pertaining to property division, child custody, child support, and so forth. Parties must abide by the FJOD, and must also abide by the MSA or PSA accordingly, as it is incorporated into the final judgment.

In Groesbeck v. Groesbeck, decided by the Superior Court of New Jersey, Appellate Division on April 4, the parties had entered into a MSA that was incorporated into their FJOD. One of the provisions in the MSA provided that the plaintiff would live in the marital residence with the parties’ children because “it [was] in the best interests of the children to retain the marital premises until graduation of the children from high school, if financially possible by plaintiff.”

Plaintiff failed to make the mortgage payments on the home, and as a result the defendant was served with a notice of foreclosure. Defendant filed a motion asking the court to compel the plaintiff to bring the mortgage current. In response, plaintiff asserted that she could not afford the marital home. The Family Part judge found that the plaintiff could not afford to live in the marital home and ordered the parties to sell it, but stated that “in complying with the spirit of the property settlement agreement, the plaintiff shall not move the children out of the school district that they’re currently enrolled.” Plaintiff appealed that ruling, arguing that “a term directing a party to reside in a specific town is unconscionable and must not be enforced” and that she could no longer afford to live in the school district.

On appeal, the Superior Court explained that marital agreements are contractual in nature and are approached with a presumption in favor of validity and enforceability, and that “courts should enforce a marital agreement as the parties intended.” Additionally, when a dispute involves financial issues, the party asserting the financial hardship must provide a current and prior Case Information Statement (CIS), which contains the party’s financial information.

When entering into a MSA or PSA, be aware that you will be bound by that provision. This is important because these agreements can have far-reaching effects in your future. Additionally, if you file for relief based on an inability to pay, whether it is to move out of the area that you are bound to be in by an agreement or to receive an increase in financial support from your ex-spouse, you will be required to provide the court with financial information that proves your inability to pay.

Divorces that include property and children involve many complex legal issues. The outcome of your divorce proceedings can have a profound impact on your future, as shown by the result reached in Groesbeck. If you are thinking about initiating divorce proceedings, or if you have been served with a divorce complaint, and you have any questions or concerns, please contact the experienced matrimonial attorneys at Snyder & Sarno at (973) 274-5200.