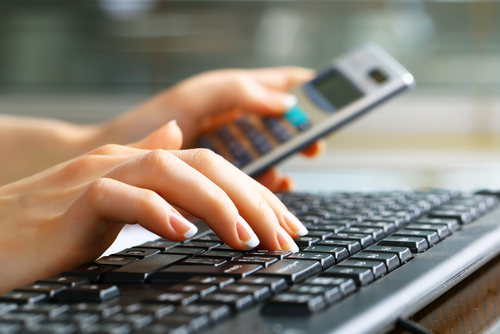 Palimony is court awarded financial support from one person to another when a long-term, non-marital relationship ends. It is generally given to a person who did not work during the relationship and depended financially on the other person, relying on express or implied promises that his or her significant other would support him or her financially for the rest of their lives. Until recently, claims for palimony were allowed in New Jersey for a promise of lifetime support that was broken.

No action shall be brought upon any of the following agreements or promises, unless the agreement or promise, upon which such action shall be brought or some memorandum or note thereof, shall be in writing, and signed by the party to be charged therewith, or by some other person thereunto by him lawfully authorized:…(h) A promise by one party to a non-marital personal relationship to provide support or other consideration for the other party, either during the course of such relationship or after its termination. For the purposes of this subsection, no such written promise is binding unless it was made with the independent advice of counsel for both parties.

In other words, the legislature changed New Jersey palimony law. Now, in order to be awarded palimony in New Jersey, a couple must have a written agreement, that agreement must be signed by the person promising to support the other, and both people must get independent advice from an attorney about the agreement. In Botis v. Estate of Kudrick, the Superior Court of New Jersey held that the amended statute applied prospectively only, so an action that was filed before the effective date of the amendment was permitted to go forward. This left open a significant question: what about a relationship that commenced, and a promise of support that was made, years before the statute became effective, but the relationship terminated after the effective date of the amended statute? Did the writing requirement apply to the breach of that promise of support?

This question was addressed by the Superior Court of New Jersey, Appellate Division in the recent case Maeker v. Ross, which was argued by Snyder & Sarno partner Angelo Sarno and attorneys Jill D. Turkish and Ashley R. Vallillo. The parties in Maeker had been dating since 1998 and terminated their relationship in 2011. For the duration of the relationship, the plaintiff did not work outside of the home and was financially supported by the defendant, who had promised to support her financially for the rest of her life. The defendant had also appointed the plaintiff as his attorney-in-fact in his power of attorney and devised his entire residual estate to the plaintiff in his will. The court held that the plaintiff’s cause of action arose not when the contract was made, but when the promise of support was broken in 2011. Therefore, the statute applied to this case. The court held that neither the power of attorney nor the will evidenced a promise of lifetime support, and found in favor of the defendant. Snyder & Sarno partner Angelo Sarno and attorneys Jill D. Turkish and Ashley R. Vallillo have appealed this decision to the Supreme Court of New Jersey, arguing many significant claims on the statute and exceptions to the statute. Check back soon for the result, we will be sure to keep you updated.

Unless this case is reversed, the current law in New Jersey is that any person wishing to initiate a palimony suit now must have the lifetime promise of financial support evidenced in writing, signed by his or her significant other, and both parties must have received the independent advice of counsel. Without these requirements being satisfied, a claim for palimony is doomed to fail. This erects a high hurdle for those pursuing palimony payments. It is important to note however, that this requirement is part of New Jersey’s statute of frauds. Historically, the writing does not have to constitute the actual contract, but simply be evidence of it. However, it is not entirely clear how this will apply to the New Jersey palimony statute.

If you are in a long-term, non-marital relationship, be sure to protect yourself under the statute. If you have any questions about palimony and the statute, please call Snyder & Sarno, LLC at (973) 274-5200 to speak with one of our experienced attorneys.