Causes of Action for Divorce 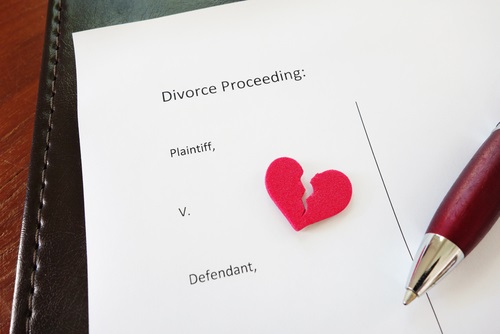 Often, people who file for divorce - especially when it is the first divorce for both partners - are surprised by how complex and convoluted the process can be. Even the most seemingly amicable divorces can be fraught with legal hurdles that had not been anticipated. This is why, even if you end up not needing representation from an experienced divorce lawyer, seeking knowledgeable counsel and advice is never a bad idea, particularly when it comes to making sure that your rights are protected and issues are resolved equitably.

Among the most misunderstood concepts among those seeking counsel from our New Jersey matrimonial attorneys is the “cause of action.” Whether you are simply contemplating divorce at this stage, or you and your partner have concluded that divorce is your definite course of action, it is important that you understand what “cause of action” means - and does NOT mean.

What Is a “Cause of Action”?

When filing for a divorce in the state of New Jersey, you must submit a “cause” of the divorce. There are several possible causes that can be claimed by the spouse filing for the divorce, and often the other spouse counteracts by filing for a divorce with either the same or a different cause. Whatever the case, in the state of New Jersey, divorce causes are rarely actually heard by the courts. Most divorce claims are resolved before they ever proceed to trial, whether through settlement or arbitration. As a result, claiming a cause of action is, in the vast majority of cases, a mere formality.

In providing representation in divorce proceedings, the attorneys of Snyder & Sarno always act in the best interests of our clients. If children are involved, our New Jersey child custody attorneys take particular care to ensure that their rights and best interests are also safeguarded. We can help you determine the proper cause of action to include with your divorce filing and, if necessary, present the strongest case possible on behalf of that cause in a court of law. That said, in all likelihood, we will be able to come to a favorable resolution well before that point.

In the state of New Jersey, there are four primary causes of action that can be filed in divorce claims:

It is worth noting that, except in cases of extreme and egregious wrongdoing, the cause of separation has negligible impact on the division of property and finances in a divorce proceeding. Therefore, it is unnecessary to create an extensive list of offending behaviors by either party; doing so generally only serves to make an already difficult event all the more difficult.

If you would like further information about New Jersey divorce causes, or to schedule a consultation with one of our divorce attorneys, please contact Snyder & Sarno today.