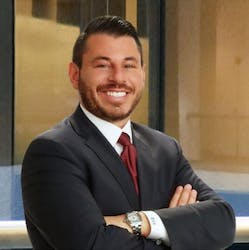 Results may vary depending on your particular facts and legal circumstances.

Snyder Sarno D'Aniello Maceri & da Costa LLC Associate, Dennis Shlionsky, secured a $500,000 settlement for a 44-year-old Passaic County woman who was injured in a Route 46 intersection accident in Little Ferry, New Jersey, when she collided with an ambulance, which had its lights and sirens activated, on its way to Hackensack University Medical Center.  As a result of the accident, the woman sustained spinal and knee injuries for which she underwent an arthroscopic meniscus repair, several injections and a lumbar decompression procedure.  Amongst several other causes of action, Mr. Shlionsky brought negligent hiring, supervision, training, and retention claims against ambulance company, which disputed liability through the case.  The defendant, an experienced ambulance driver, claimed that although he had the red light, he took reasonable precautions by slowing down and stopping before the intersection.  Being experienced in emergency vehicle accident law, the team at Snyder Sarno D’Aniello Maceri & da Costa hired an ambulance operation expert and reconstructionist, who concluded the ambulance driver failed to meet the standards required by law when entering an active intersection against a red light.  After a hard-fought mediation with Judge Kenneth Grispin, the ambulance company’s insurer paid $500,000 dollars to the motorist, after it was proven that the driver failed to take proper safety precautions and the company failed to properly qualify and screen drivers in general and the defendant-driver in particular, prior to his hiring.