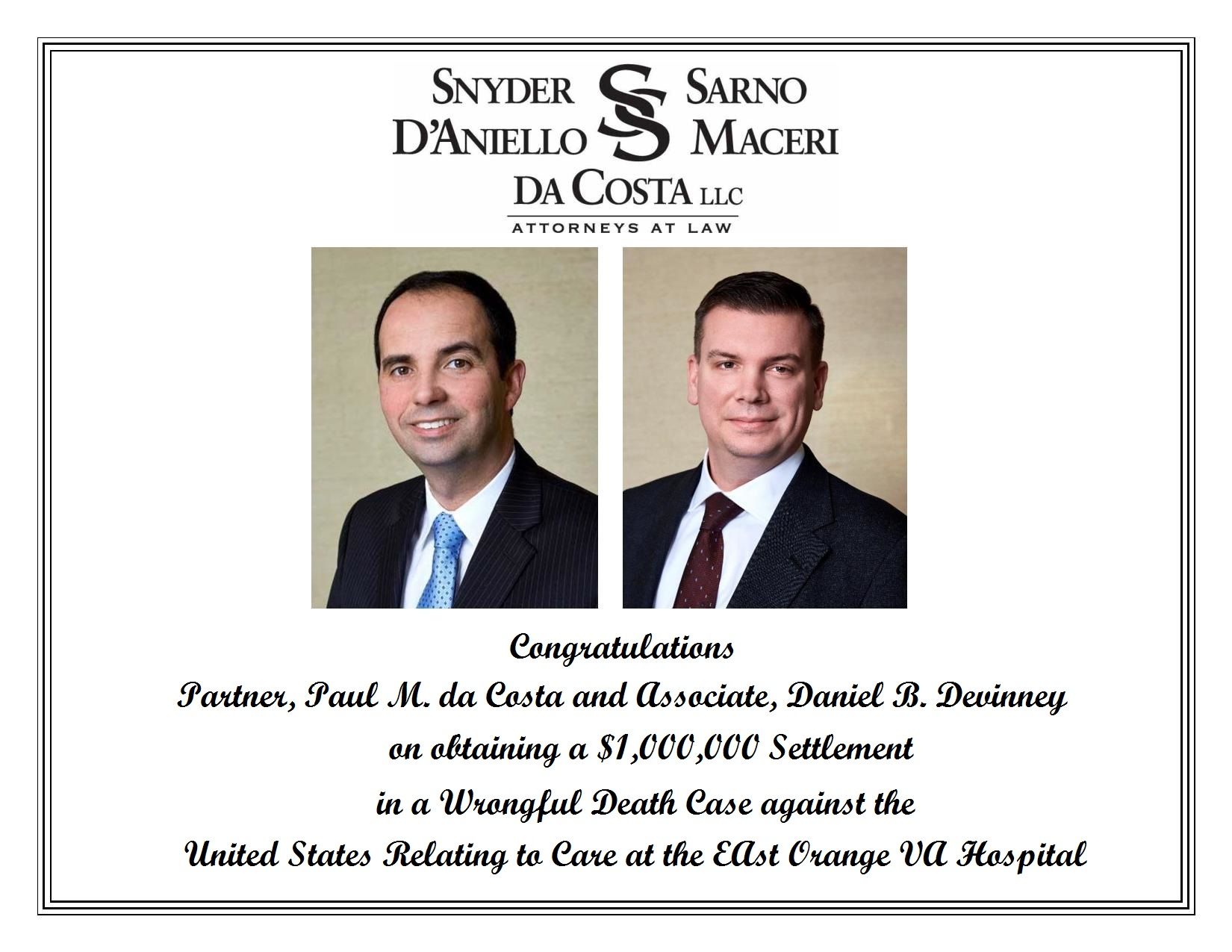 Paul conducted numerous depositions of attending physicians, resident physicians, nurses and respiratory therapists. Sadly, almost every VA witness admitted that the decedent was prematurely extubated, and they acknowledged that he should have been placed back on mechanical ventilation. To that end, Paul’s deposition skills resulted in the responsible respiratory therapist admitting that the decedent was “circling the drain” within thirty minutes of the decedent being extubated. In addition, several attending physicians admitted that the VA’s own protocols relating to the extubation of patients were violated.