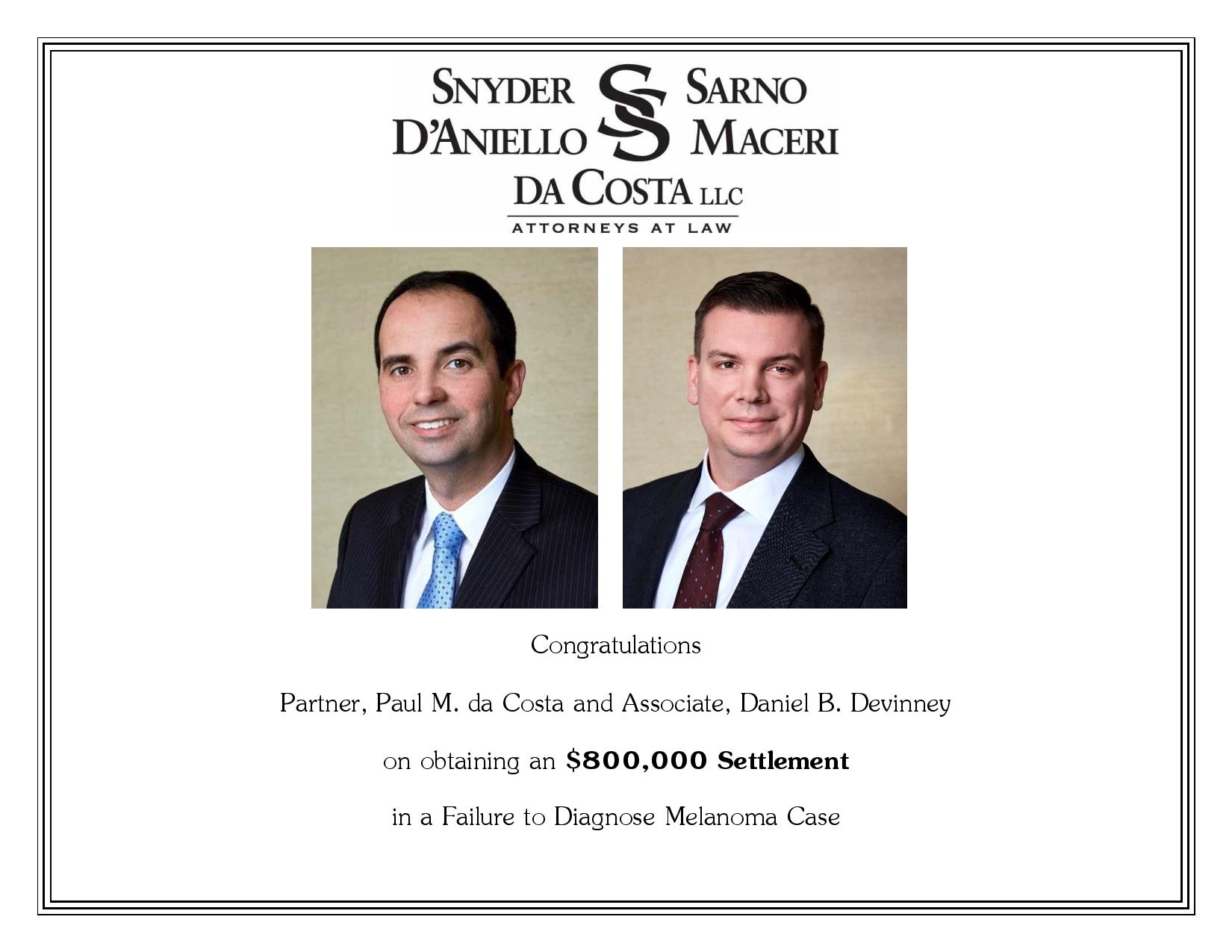 Partner Paul M. da Costa and associate, Daniel Devinney, recently secured a $800,000 settlement in a failure to timely diagnose and treat subcutaneous melanoma case.  Paul’s clients alleged that the subcutaneous melanoma was diagnosable on MRI six months prior to ultimate diagnosis of Stage IV metastatic melanoma.  It was alleged that the six-month delay in diagnosis caused Paul’s client to transition from a Stage IIIa melanoma to a Stage IV metastatic melanoma.  The defendants were the reading radiologist and the radiology facility where the MRI was done.  Paul’s clients claimed that the defendant radiologist misinterpreted the MRI insofar as he diagnosed Paul’s client with a hematoma, which is almost always a benign condition.  Although the defendant radiologist suggested a follow-up MRI in six to eight weeks, the MRI report did not specify the reason for the suggested follow-up.  To that end, Paul was able to get the defendant radiologist to acknowledge at his deposition that the reason for the suggested repeat MRI was to rule out cancer.