The Problem With Caffeine Powder 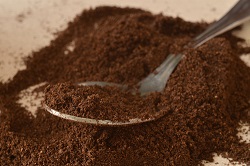 The New York Times recently reported on a growing concern in the United States—the excessive consumption of caffeine powder.  In a number of cases, individuals have overdosed on caffeine powder and died as a result.  The major problem with the product, however, is that it is largely unregulated.

Caffeine powder, though similar to the caffeine that many Americans drink daily in coffee or soda, can have more harmful effects than typical caffeine because it is easier to ingest in large and lethal doses.  Ingestion of approximately 10 grams of caffeine can cause death, but caffeine powder is typically sold in 100 gram packages over the counter.  This is startling when compared to the 34 milligrams that a typical can of Coke contains, or a teaspoon of caffeine, which equals 16 to 25 cups of coffee.  While caffeine powder’s packaging may contain a warning label, manufacturers are not required to include any warning.

Regulators, however, are catching on to the drug’s harmful effects.  In July, the Food and Drug Administration (“FDA”) warned consumers against using the drug.  More recently, the Center for Science in the Public Interest asked the FDA to ban the drug completely, as have members of Congress.  Some states and counties have already taken steps to ban the drug from being sold within their borders.  Still, regulators have stalled.

If you or a loved one was injured or died as a result of an overdose of caffeine powder, you may have a personal injury case.  Call Paul M. da Costa, Esq. at Snyder & Sarno, LLC today to discuss your legal options.  Contact us at (973) 274-5200.