Train Technology Could Have Prevented Accident 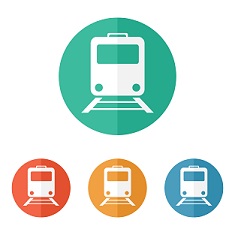 By now, most people have heard of the tragic Amtrak accident near Philadelphia that occurred recently.  The Associated Press has now reported that the accident could have been avoided if safety equipment was installed on the train.

The safety equipment is called positive train control.  For years, railroads have been encouraged to install the technology, and were given until the end of this year to do so.  Most railroads, however, have neglected to install the equipment.

The equipment, which is run using computers and GPS, is meant to make up for human error.  It monitors the train and track and can automatically break or reduce speed in the event that a train is moving too fast, is entering an area under construction, or is on a path to collide with another train.  Because the recent crash was likely partially due to excessive speeds on a curved part of the track, this software could have been useful in preventing an accident.

There have been many other train crashes where investigators have concluded that positive train control would have prevented the accident and saved numerous lives.  Though Congress has acted to force the railroad industry to install the technology, the industry has complained that Congress’s deadlines and provisions in the laws it has passed will make installation in the near future unlikely.  Still, as action stalls, it is likely that more preventable accidents will occur.

If you are a loved one was injured due to railroad negligence, call Paul M. da Costa, Esq. at Snyder & Sarno, LLC at (973) 274-5200 today for a consultation regarding your legal rights.