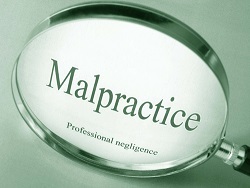 A California woman was recently successful in her medical malpractice lawsuit against Kaiser Permanente.  Specifically, a jury awarded her $28.2 million.   The woman, named Anna Rahm, was 16 when she began experiencing pain in her leg and back.  She repeatedly requested MRIs to be performed, but doctors at Kaiser Permanente refused to authorize the tests.  When doctors finally consented to authorizing an MRI, months after she had first requested one, it showed she had a malignant tumor in her leg.

Rahm then underwent chemotherapy and surgery, but she ultimately lost her right leg.  She argued, and the jury found, that the doctors were negligent in failing to perform the necessary tests, in what was allegedly an effort to lower costs to patients.  In addition, had she been given an MRI earlier, the cancer would have been detected earlier, and she may not have suffered the loss of her leg.

Rahm’s case is unfortunately all too common in the medical field.  Doctors often act negligently, causing injury to plaintiffs.  If you have been harmed by the negligent acts of a physician or other medical professional, call Paul M. da Costa, Esq. at Snyder & Sarno, LLC to evaluate your medical malpractice claim.  Contact us today at (973) 274-5200.