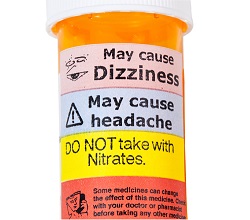 Last June, the FDA released a draft guidance that would permit drug manufacturers to provide additional information to doctors regarding the risks of particular drugs.  The guidance allows manufacturers to circulate information that refutes the risks listed on a drug’s warning label.  The Wall Street Journal recently reported that the draft guidance has launched a debate between those who support free speech and those who advocate for patient safety.

Manufacturers support the guidance because it provides physicians with novel information about a drug, particularly in light of the fact that knowledge about a drug’s risks evolves as it is more frequently prescribed.  In addition, the First Amendment counsels that drug manufacturers should have the right to disseminate information freely.

While the FDA is still considering the response to the draft guidance, it is unknown how the FDA will ultimately act.  If the guidance is adopted as a regulation, there may be more injuries caused by pharmaceutical drugs than before.

If you or a loved one was injured by a prescription drug or medical device, you may have a personal injury claim to obtain just compensation for your harm.  Call Paul M. da Costa, Esq. at Snyder & Sarno, LLC at (973) 274-5200 to discuss your case.